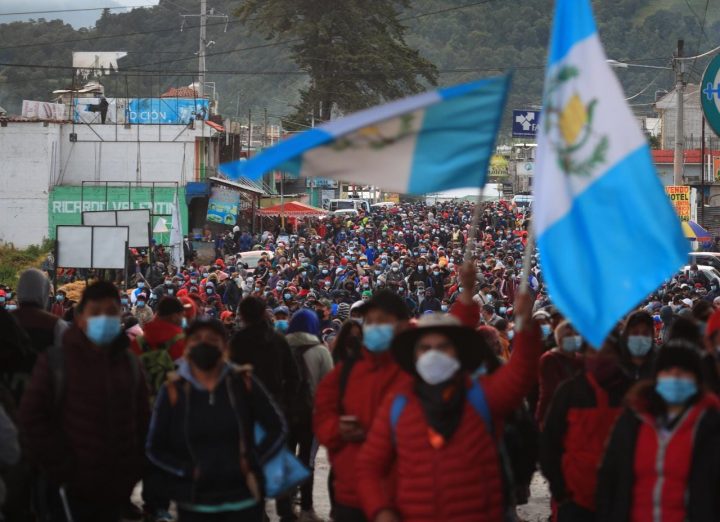 Generalized protests have followed daily in different cities in the neighboring country.

Community organizations called for a nationwide strike for Thursday. Since early morning the Guatemala media has reported that strategic points on the major highways have been blocked. In towns and cities, people have come out in great numbers joining the public outcry.

Prensa Libre reports that the protestors have used social media to coordinate the protests.

The President of the Guatemalan Congress Allan Rodríguez called for the protests to be held “without prejudicing the rights of others”.