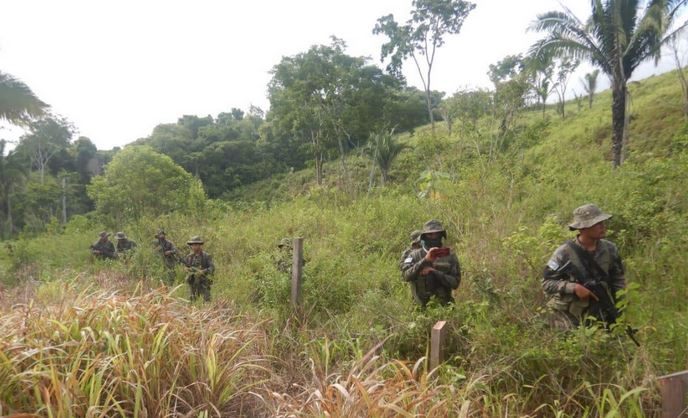 By Rubén Morales Iglesias: “Our Belize Defense Force continues to make us proud,” said a press release issued on Thursday by the Belize Progressive Party (BPP).

“These courageous men and women risk their lives to protect and preserve our borders and natural resources, and we at the BPP are grateful for their unwavering commitment to our national security,” continued the BPP statement.

The BPP was referring to incidents on July 23 and 24 that occurred by the Belize Guatemala border in Chiquibul National Park near the Rio Blanco Conservation post in which according to the Ministry of Foreign Affairs armed Guatemalan civilians and military personnel entered Belize and questioned Belize Defence Force officers while they were on patrol.

During their patrol in the Rio Blanco area, the BDF soldiers and FCD Ranger were destroying fences and plantations of beans and pumpkin which were verified by personnel from the Organization of American States (OAS) to be in Belizean territory.

The Ministry of Foreign Affairs said earlier that it had strongly protested the incidents to the Guatemalan Government.

The BPP said the “recent incident underscores how fragile the relation is with Guatemala and highlights the persistent plundering of our resources by the citizens of Guatemala”.

The BPP noted that the Ministry of Foreign Affairs vehement protest of the incident to the Guatemalan Authorities comes “days later and well after the matter was reported in the media and provided very little assurance that there are strong objections to the incident that occurred in Belizean territory”.

The BPP said it now “calls on the Government to act swiftly on matters like these, similar to its swiftness with which it reacted to the Israel- Palestine issue”.

The BPP also said that the Government has not given any update on the Belize-Guatemala case that is being presented to the International Court of Justice and said, “The Government has a duty to the people of Belize to be open and transparent on this sensitive and emotive issue that affects all Belizeans”.

The BPP statement closed by calling on the Ministry of Foreign Affairs “to act responsibly and update the Belizean people”.