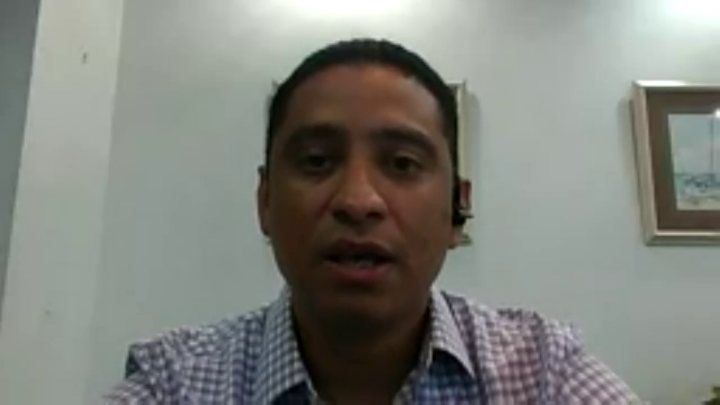 By Aaron Humes: The move, at least partially, to export sugar sales through Big Creek Port in Independence rather than Belize City is “purely a business decision” in the phrase of Vice President for International Relations for Belize Sugar Industries Limited/American Sugar Refining Mac MacLachlan.

The move, signed off on by Government, takes advantage of change to the Big Creek Port which allows it to more quickly export raw sugar from Orange Walk, more than 150 miles north.

As explained by BSI’s Shawn Chavarria, Director of Finance, Big Creek has become Belize’s only deep water port since 2019 and in the case of sugar that means a sharp cut in loading time from six weeks to less than one, reducing ocean freight costs.

And the stevedores and Port can hardly say they didn’t see it coming, he added: “We had trials that were done. After we concluded the trial, we sat down with PBL [Port of Belize Limited] and said that we’re doing the feasibility to determine what investment would we require to do this. The CWU [Christian Workers’ Union] was invited as well to participate in that information sharing session.”

The CWU for its part has maintained that the Port failed to properly discuss with them the consequences of BSI/ASR’s move, and holds the sugar giant at fault for not considering the costs associated to farmers it works with, particularly the Belize Sugar Cane Farmers’ Association (BSCFA).

He also pointed out the environmental factor – the use of the New River to carry sugar south to Belize City through the coast, which put stress on the water route that has led to its current discoloration and ill-healthiness. A move south would likely help the river recover.

But while BSI/ASR trumpets efficiency, Deputy Prime Minister and member of the House of Representatives for Lake Independence, Cordel Hyde, feels the pain of the stevedores, but he told Channel 7 News’ Jules Vasquez he was not able to convince his colleagues of staying the course, putting in the context of collective versus individual responsibility symbolized by Cabinet.

According to Hyde, the representatives of the City across the political divide will soon have to have a conversation about what is next for the Old Capital, where after thirteen years economic progress has been scarce. He also saluted the “legacy” of the stevedores, who represent, to him, “that independence. That resiliency, that swagger, we respect that. We rate that. They are the salt of the earth.”

Cordel’s brother Evan “Mose” Hyde, president of the CWU, is poised to lead that union into industrial action if he is unable to get a proper package of compensation for stevedores, as part of the many issues to be discussed with the Port of Belize.