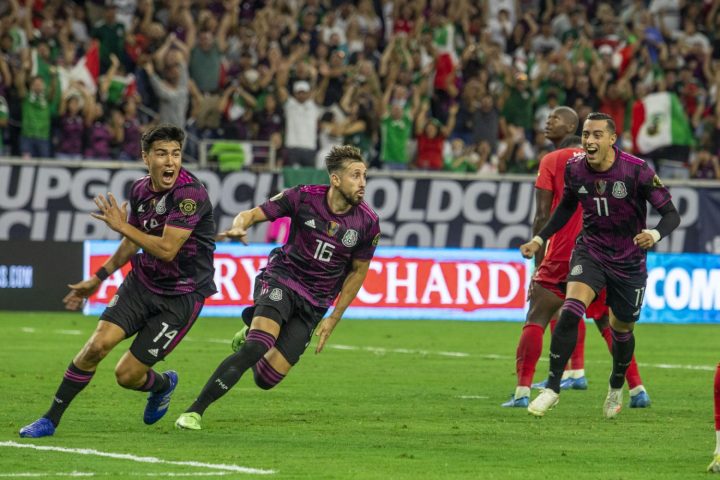 By Rubén Morales Iglesias: Mexico suffered but in the end downed Canada 2-1 with a last gasp injury time goal in the semifinals of the Concacaf Gold Cup at the NRG Stadium, Houston, Texas, to make it to the Final.

Hector Herrera broke the deadlock in the prolonged injury time nailing a left foot shot off a pass by Rodolfo Pizarro.

Orbelin Pineda put the Mexicans ahead from the penalty spot in injury time at the end of the first half but Canada tied it in the 57th minute on a goal by Tajon Buchanan who fired a right foot shot past goalkeeper Alfredo talavera.

Mexico could have gone ahead in the 66th but Carlos Salcedo had his penalty kick was stopped by Canada keeper Maxime Crepeau.

Mexico will now face the United States in the Final on Sunday looking for their ninth Gold Cup crown.