Belize Participates in high-level climate change meeting in the UK 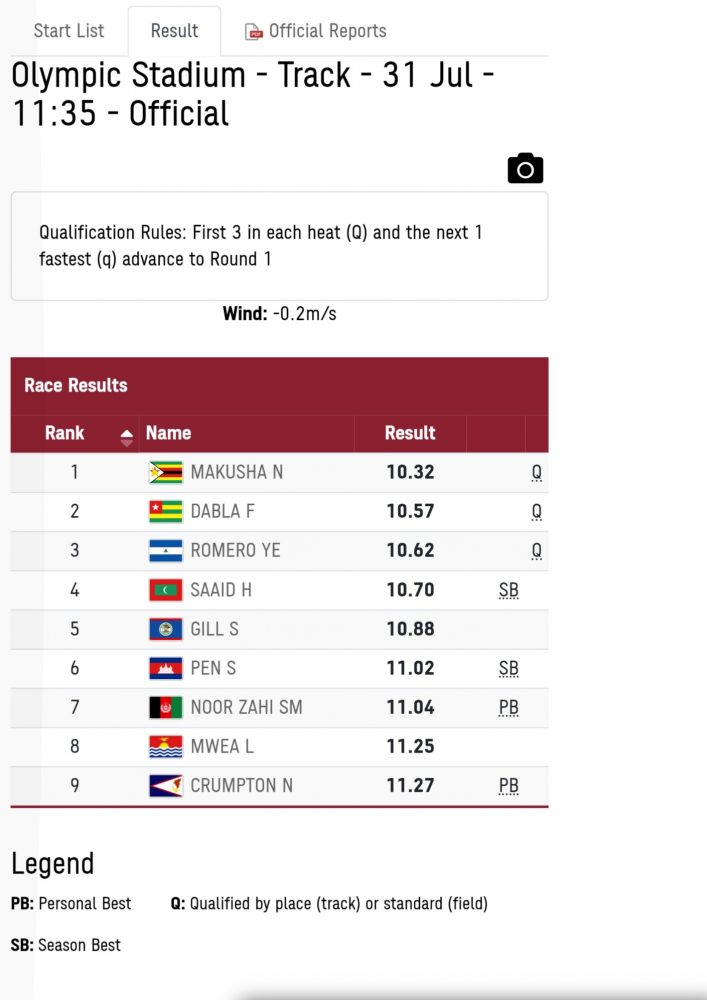 By Rubén Morales Iglesias: Shaun Gill ran the 100m in 10.88 seconds on Friday night (Saturday morning in Japan) finishing in 5th place in the first preliminary heat at the Olympic Stadium in Tokyo.

That was Belize’s first participation at the Tokyo 2020 Olympics.

Ngoni Nakusha of Zimbabwe won the heat in 10.32.
Gill was faster than four other runners but didn’t qualify to the next round.

Only the first three from each heat plus the next fastest advanced to Round 1.

In canoeing, Amado Cruz will compete in two canoeing events.

27 athletes are participating in five heats.