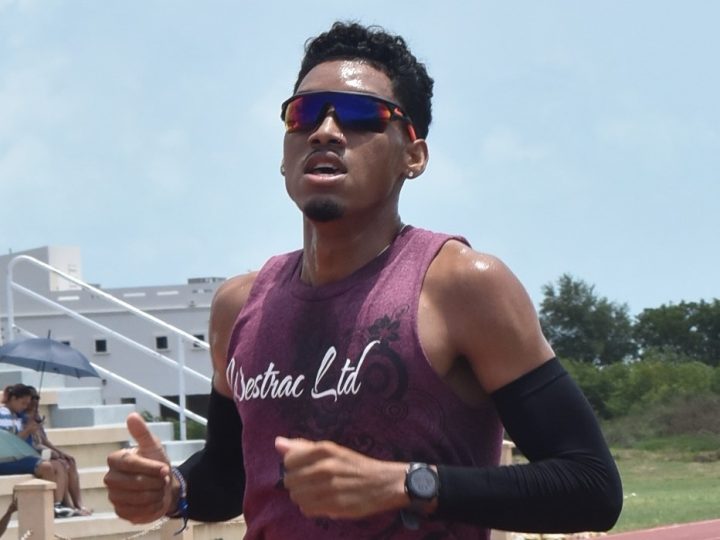 By Rubén Morales Iglesias: Belizean runner Brandon Adolphus from Orange Walk Town said on Wednesday that he has been offered a full scholarship to study at El Paso Community College in Texas.

Adolphus said he was approached by Colin Thurton who set him up with El Paso Community College. Thurton who was athletics coach at Texas A&M University was instrumental in getting a scholarship for Kaina Martinez at Texas A&M, Kingsville.

Thurton is a Belizean who lives in the United States. He represented Belize at the Mexico City Olympics in 1968 and the Montreal Olympics in 1976. His specialty being the 100m and 200m sprints, he also competed in the 220m at the 1966 Commonwealth Games.

Adolphus said he spoke with the Felix Hinojosa, athletics director and kinesiology instructor at EPCC, who offered him a full scholarship on behalf of EPCC and asked him to get there by the end of the month. So, he is now working on getting his US visa and a plane ticket.

“Life wasn’t too sweet growing up, but having this opportunity means the world to me,” said Adolphus about the scholarship. “I’m grateful. I didn’t expect somebody like me would get something like that.”

Adolphus said later on he would like to contribute to athletics in Belize.

He won both the 1500m and 5000m at the National Championships held recently. He ran the 1500 in 4 minutes and 15 seconds and the 800m in 2:01. He then represented Belize in the 1500m at Central American Senior Championship in Costa Rica where he clocked 4:03, his personal best.

Adolphus said he plans to study Health Science and Kinesiology at EPCC.

He already gained an Associate Degree in Biology and Natural Resource Management from Muffles Junior College in Orange Walk, but he accepted the EPCC scholarship offer because it affords him an opportunity to fulfill his dream of excelling in athletics.

Twenty-three-year-old Adolphus said his first competition in 2017 was the Body 2000 Half Marathon. He didn’t finish and felt bad when he saw elderly people finish and he didn’t. But then came the End of The World Marathon. He said when his brother Melvin invited him to compete in the Placencia race, he prepared for four months and finished in sixth place overall, and first in his category.

That’s when everything sparked up and he started to really get into running he said.

“I started to live the running life, I told myself that’s going to be my Plan A, no Plan B, no Plan C, no Plan nothing, just Plan A,” Adolphus said.

That’s also when he joined the Splash Running Club from Placencia. 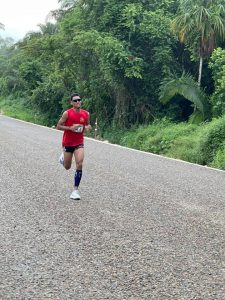 During the pandemic he started competing in the virtual runs, switched teams and now runs for the Westrac Ltd team. Now that running has been allowed by Government, he has been very active competing in events all over the country and representing Belize at the Central American Cross Country in Guatemala and the Central American Senior Athletic Championship in Costa Rica. And all the while improving his time.

Now, he’s going to study science and run for El Paso Community College in the hopes of uplifting his personal and athletic life.