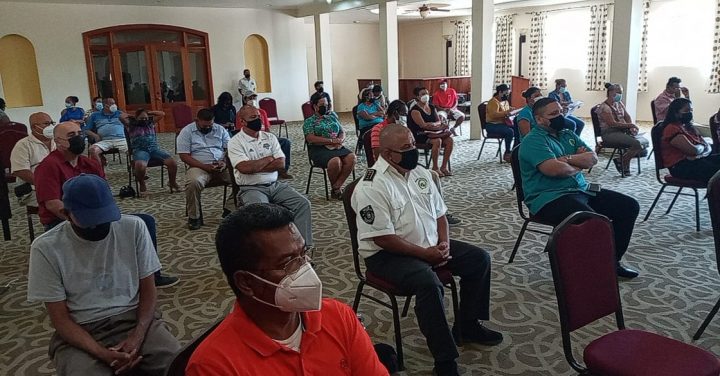 By Aaron Humes: Breaking Belize News has spoken to some of the fired workers who attended today’s press conference in San Ignacio Town.

They point to various inconsistencies in the narrative of the Government about their situation.

The Government has argued that it is in financial constraints and has been obligated to cut costs and lay off workers, and force others into accepting a pay cut.

We were told one worker was terminated four months from retirement.

The workers who have been paid – not all of them – have only been paid two months or eight weeks’ salary and accumulated vacation pay, but no severance, gratuity or pension.

One said he actually chose to resign rather than be fired as he thought he would at least get his full benefits – but because of his unique role his resignation may not even be accepted.

“But what is most galling is that while Government is crying hard times, it has replaced the terminated workers with it’s own political party supporters,” one of the workers said in speaking to BBN.

Approximately 50 such persons attended the conference and signed up for legal help from attorney Orson Elrington, who says he is taking the cases on contingency – if the case is won he gets a percentage of the money.