#JusticeForLaddie: movement perseveres despite denial of permit for protest march 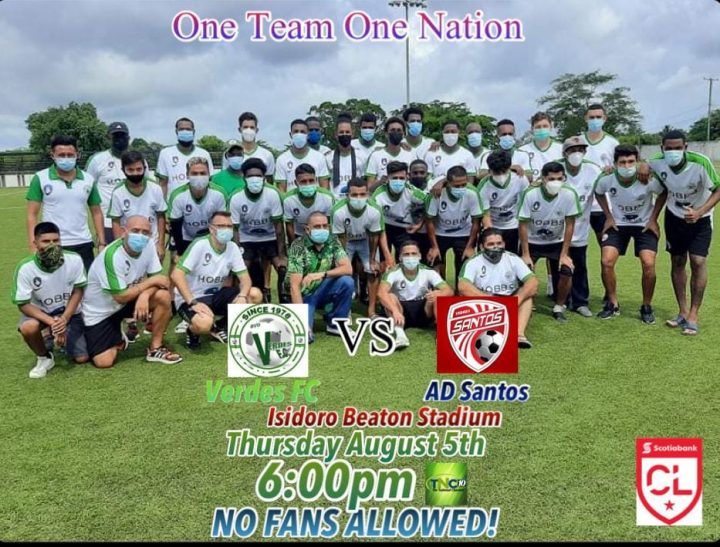 By Rubén Morales Iglesias: Verdes are playing the first official competitive football match in Belize for over a year on Thursday at 6:00 p.m. the Isidoro Beaton Stadium when they meet Costa Rican club Santos de Guápiles.

This is the first game Verdes will play in the reorganized Concacaf tournament. Previously it used to be only the Champions League, but Concacaf split the tournament into two when it instituted the preliminary Concacaf League in 2017.

Verdes qualified for last year’s tournament but pulled out without playing due to COVID-19 infections.

Though the Government has not lifted the ban on competitive games for contact sports like football, it has granted Verdes special dispensation to hold Thursday’s game against Santos, but no fans are allowed at the match.

Santos lost the 2017 final to Olimpia of Honduras and played the 2018 edition as well.

So far, they have collected a win and a loss in the Costa Rican League which started recently.

Santos is coming without their top scorer Jamaican Javon East, who is still nursing an injury suffered at the Concacaf Gold Cup recently.

The return match plays at 6 pm at the National Stadium in San Jose, Costa Rica, on Wednesday, August 18.