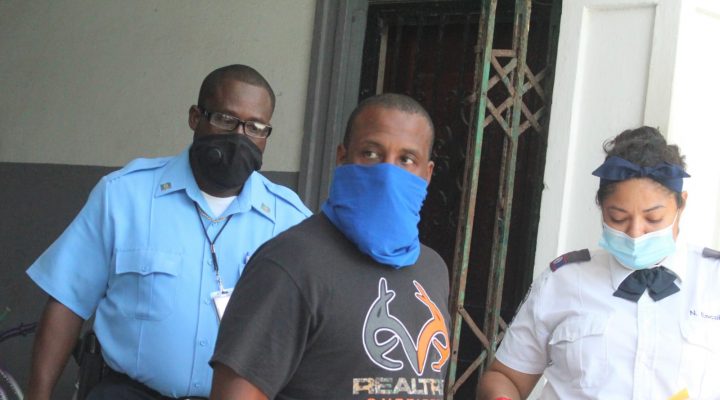 By BBN Staff: Tonight an American national is behind bars at the Belize Central Prison for entering Belize illegally under circumstances which the Department of Immigration says is raising eyebrows.

Wendell Carter, a 39-year-old construction worker who says he is from Pennsylvania, USA, pleaded guilty to the offense of failure to present himself forthwith to an Immigration Officer once he had entered Belize.

In court, he explained that he was working in Cancun and was robbed of all his money, identification cards, and passport. He said that his family left him to return to the US to get his new documents, but he came to Belize on the advice of a friend who said he could get helped faster if he made it to Dangriga. Carter went on to say that he tried to present himself to an immigration officer but that but the building was closed and an officer there told him he could come into Belize if he paid some money, which he did.

The immigration prosecutor told the court that there is something suspicious about Carter’s story because protocols dictate that he would have needed a stamp from the Mexican side of the border to even make it to Belize, which he could not have obtained without a passport. She went on to say that an internal investigation has been launched.

Carter was fined $1,000 plus $5 cost of court which he was not able to meet, and was also given an OTL (Order to Leave). He was remanded to prison for six months, after which he will be expelled from Belize.