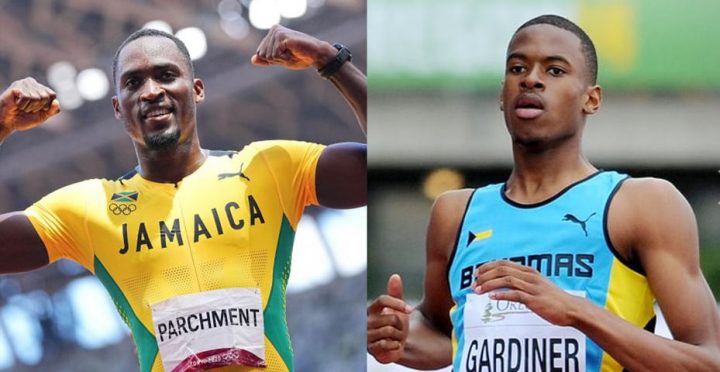 By Rubén Morales Iglesias: “Congratulations to Steven Gardiner of The Bahamas on his victory in the 400 metres at the Olympics and to Hansle Parchment of Jamaica for his victory in the 110 metre hurdles. Our athletes continue to do our region proud!!” said CARICOM on social media.

On August 5, Parchment won the Men’s 110m Hurdles Final in 13.04 seconds at the Summer Olympics in Tokyo, Japan. Another Jamaican, Ronald Levy won the bronze medal in 13.10. American Grant Holloway won silver in 13.09.

Gardiner captured the gold in the Men’s 400m Final in 43.85 seconds. Colombian Anthony Jose Zambrano got silver in 44.08 while Grenadian Kirani James won the bronze medal in 44.19.

Looking at other Caribbean winners in Tokyo, on August 3, Jamaican Elaine Thompson-Herah won Women’s 200m Final in the 21.53 seconds.

On August 2, Jamaican Megan Tapper won bronze in the Women’s 100m Hurdles Final in 12.55 behind gold medal winner Jasmine Camacho-Quinn of Puerto Rico who was clocked at 12.37.

Prior to that on July 31, Jamaica swept the podium in the Women’s 100m Final with Thompson-Herah taking the gold in 10.61, Shelly-Ann Fraser-Pryce the silver in 10.74 and Shericka Jackson the bronze in 10.76.

Herah set a new Olympic record breaking the previous 10.62 set by Florence Griffith Joyner in Seoul on September 14, 1988. The world record of 10.49 is still Griffith Joyner’s who set it in Indianapolis in the US on July 16,1988.

Prior to the Caribbean’s exploits in Athletics, on July 27, CARICOM had saluted Flora Duffy of Bermuda for winning the gold medal in the Triathlon (swimming, cycling and running) in 1 hour, 55:36 minutes.