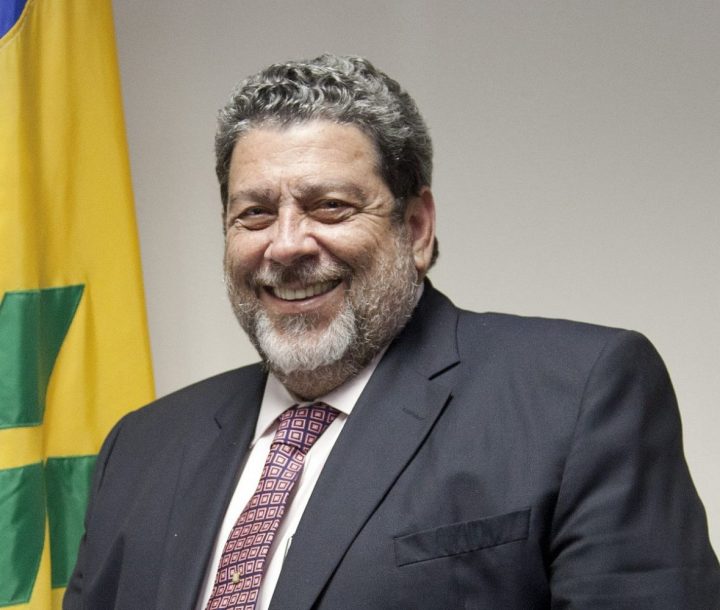 By Aaron Humes: Prime Minister of St Vincent and the Grenadines Dr Ralph Gonsalves is receiving medical treatment after he was injured while returning to a parliament sitting this evening.

Fiery protests are happening in the capital city of Kingstown concerning amendments to the Public Health Act, Loop News reports.

Among other things, they would make vaccinations for COVID-19 mandatory for frontline workers.

Marshall said preliminary information suggested that a protester threw some object that struck the prime minister and caused him to be injured.

Gonsalves was taken to the Milton Cato Memorial Hospital.

Agriculture Minister Saboto Caesar who returned to the parliament sitting showed blood splatters on his shirt which he said belonged to ‘Comrade Ralph,’ whose Unity Labour Party Government was re-elected last year.