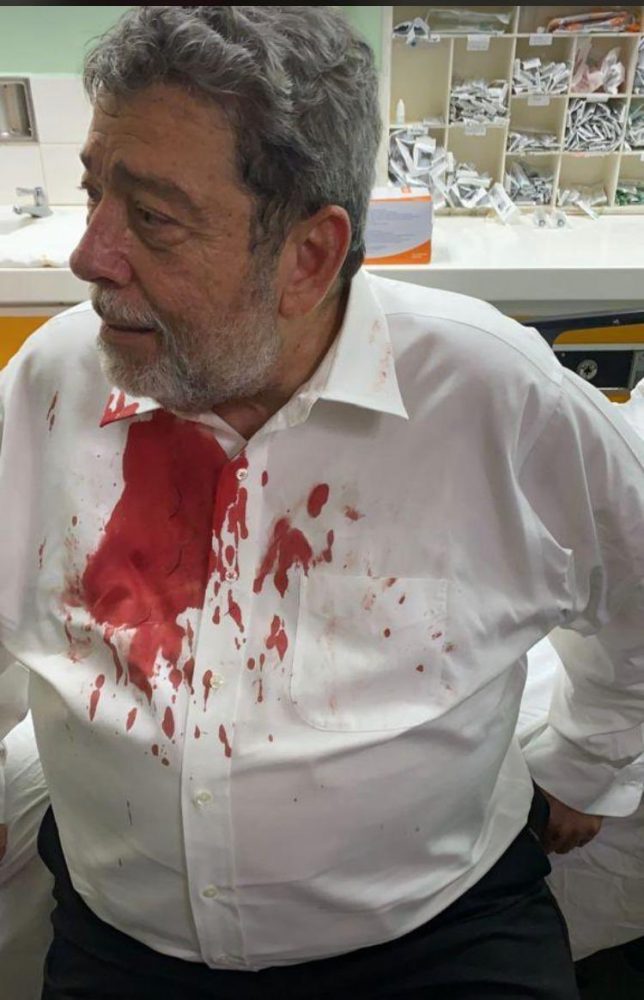 By Aaron Humes: An official statement from his office says Prime Minister of St. Vincent and the Grenadines, Dr. Ralph Gonsalves, is recovering from an injury sustained while trying to enter Parliament Thursday evening as protesters surrounded him and his vehicle.

Gonsalves’ vehicle was impeded from taking him to Parliament’s doors, said the release, and as he tried to enter on foot he was struck by an object thrown from the crowd allegedly by an opposition protester, on the head inches above the temple.

Gonsalves was rushed ‘under blood’ to the hospital and remains there tonight under observation.

He has said according to the release that ‘no lawless mob will prevent [me] from doing the people’s business in the seat of our democracy.’

The Prime Minister is also quoted as reaffirming the right to peaceful protest – though not to block parliamentarians in their work – while disowning violence.

The protest concerned amendments to the island’s Public Health Act which would make the COVID-19 vaccine mandatory for frontline workers.