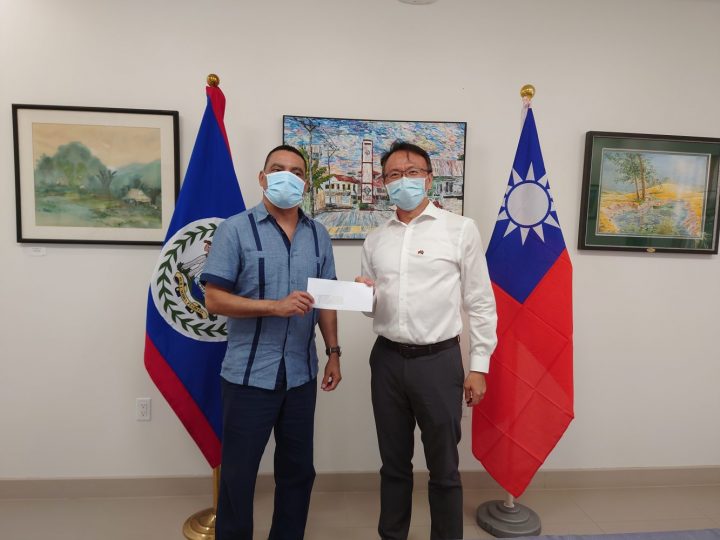 The official launch ceremony of the project was held today, with His Excellency Ambassador David Kuan-Chou Chien of the Republic of China (Taiwan) handed over a cheque for an undisclosed value, which the National Celebrations Commission (NCC) says will be used for activities planned country-wide, including various innovative art pieces, cultural projects, and mural paintings.

Ambassador Chen noted that this year marks the 40th anniversary of Belize’s independence and the 32nd year since Belize established diplomatic ties with Taiwan. He went on to say that the Embassy of Taiwan looks forward to working closely with the Government of Belize on several important projects that promote bilateral relations and mutual benefits between Belize and Taiwan. And the National Celebrations Project is yet another solid example and testimony for the productive and enduring partnership between two countries.

Receiving the donation on behalf of the government of Belize was the Minister of Education, Culture, Science, and Technology Francis Fonseca.