Belizean family wins over $500,000 in civil suit against United Kingdom Ministry of Defense 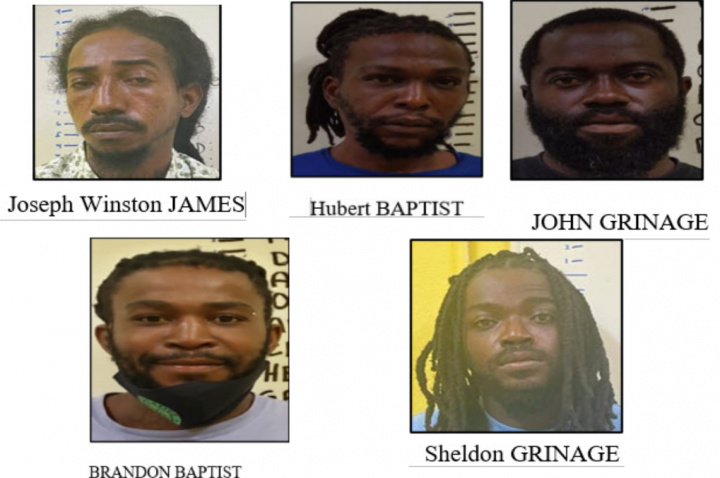 By BBN Staff: Four of the five men who were arrested and charged for gang affiliation after a video of them holding prohibited firearms went viral on social media, were granted bail at the Supreme Court today.

Justice Herbert Lord offered Brandon Baptist, Hubert Baptist, John Grinage, Jr., and Sheldon Grinage, bail in the sum of $15,000 each plus three $5,000 sureties of the same. Their bail also came with several conditions including a curfew of 8:00 p.m. to 5:00 a.m., and an order to surrender all passports. The men must also attend all their court dates at the lower court and cannot be arrested for any offense while out on bail.

Prosecutor Sheneiza Smith SC, only objected to bail for the fifth appellant, Winston Joseph James, as such the court did not hear his application and he will remain on remand until September 24, when he is scheduled to return to court to answer to his charge.

The men were arrested on July 19 and charged for making а vіdео rесоrdіng fоr thе рurроѕе оf gаng rеlаtеd асtіvіtу, as well as being a member of a gang, which are offenses under the Crime Control and Criminal Justice Act.