Parliamentarian deplores spilling of internal issues into the public 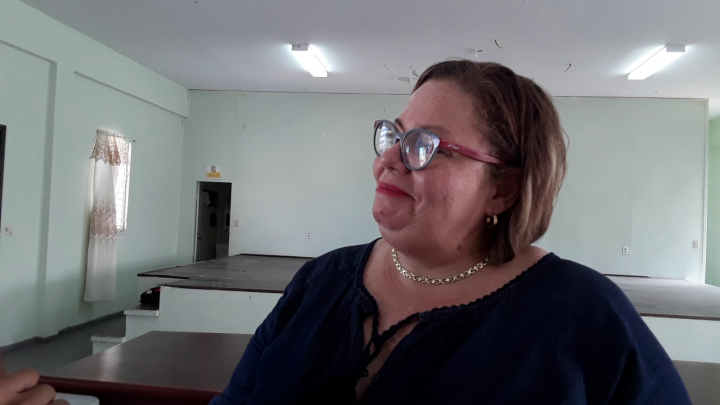 By Aaron Humes: The news of party stalwart Juliet Thimbriel’s post of chair of the National Convention Standing Committee of the United Democratic Party (UDP) being under threat is a further blow to a party seeking to heal and live up to its name.

The former senator and party leader Patrick Faber engaged in a tense confrontation by WhatsApp message in which he claimed he was not sure why she no longer supported him, and she, in turn, accused him of surrounding himself with sycophants and driving away true advisers and supporters like herself.

Albert area representative Tracey Taegar-Panton this afternoon clarified that the Central Executive Committee of the party has yet to meet to discuss the issue and so it would be premature for her to discuss it publicly.

She reiterated the party’s wider message of healing and closing wounds: “I keep saying that I don’t know when it has become right or appropriate for us to be discussing our internal issues in the public domain. I have tried to stay away from that. I hope that we are able to solve these issues, whatever they may be, internally. We are in the process of rebuilding; we need to heal, and these kinds of conversations don’t help us to move forward.”

The two-term representative said she wanted to be part of an “all-encompassing, all-inclusive, all-embracing” party that meets its challenges and returns to being the voice of the minority challenging the current government.

In the same vein, she said she would not address the rift between John Saldivar and Khalid Belisle in Belmopan, stating that was a matter of choice for the Belmopan voters.