Ministry of Health and Wellness: ‘Over 3,500 Belizeans were vaccinated on Monday’

Lionel Messi is in Paris, about to sign for French club Paris Saint-Germain 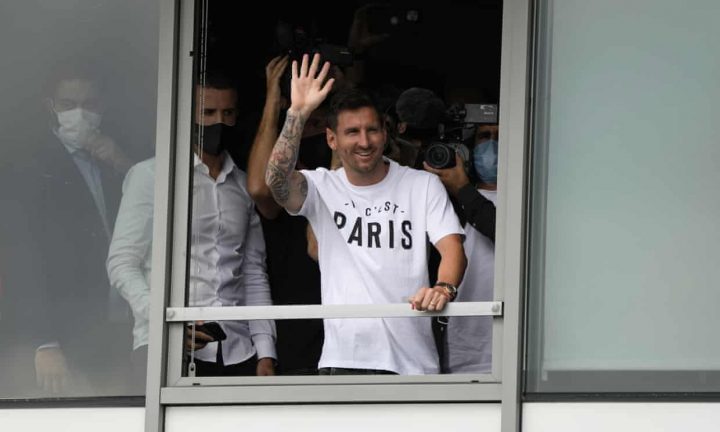 By Rubén Morales Iglesias: Lionel Messi is in Paris where, according to international media reports, he is expected to sign a $40 million-plus two-year deal with Paris St Germain.

Last Thursday Barcelona announced that Messi would not be continuing at the club that he has played for since he was 13 because of the Spanish La Liga’s Fair Play limitations on salary caps. Since then news has circulated that Messi’s leaving is because of more than just that, but Messi is now set to sign for PSG where he would rejoin with Neymar who earlier posted on Instagram: “Back together.”

Neymar, who played alongside Messi for four years at Barcelona and with whom he won the Champions League in 2015, had recently expressed the desire to play with Messi again. Neymar is said to have offered Messi his number 10 shirt, but Messi reportedly declined.

PSG itself sent a teaser out in the form of a video clip that showed Messi in his Argentina National Team jersey and the six Ballon d’Ors he’s won.

Messi himself came out to a balcony to wave to fans wearing a Paris t-shirt.

Fans had been camping out outside PSG headquarters since Sunday expecting Messi’s arrival.

For their part, Barcelona have started stripping giant Messi posters at their stadium, the Camp Nou.

Messi said at a press conference on Sunday that when he wanted to leave, he couldn’t and now that he doesn’t, he has to.

“I gave my all for this club for this shirt, from the first day I arrived to the last,” he said.

“And the truth is that I am more than satisfied. I would have liked to say goodbye in a different way. I never imagined my farewell this way.”

Messi said he did everything to stay included cutting his salary by 50% but added that he didn’t know if Barcelona had done everything they could have done.

Earlier, Barcelona president Joan Laporta had said that the club and Messi had an agreement and that Messi was staying. He met with La Liga boss Javier Tebas and they had reportedly agreed that Messi would stay based on a 50-year deal with a company that would gain 10% of La Liga television rights.

International media reports said, Laporta backtracked once he met with Real Madrid and Juventus presidents, who along with Barcelona, are still pushing the idea of a European Super League.