Police on alert as gunshots ring out in Kraal Road, Caesar Ridge

Joel Aguilar: what happened to him? 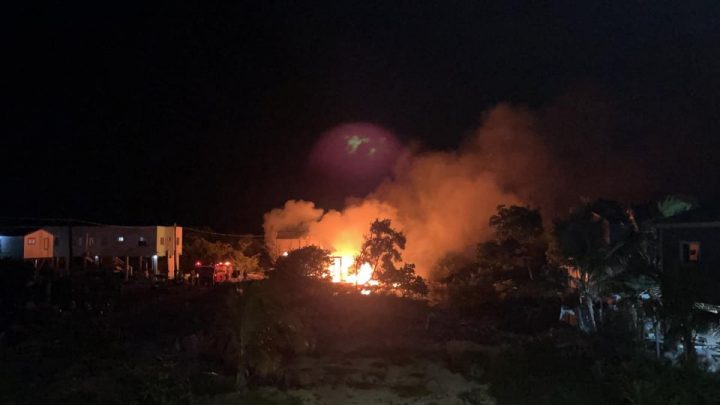 By Benjamin Flowers: Amner Felipe, the man who claimed responsibility for the fire in Caye Caulker last night destroyed three buildings and left a dozen people homeless, insists that the blaze was caused by an unattended mosquito coil, but the Belize National Fire Service (BNFS) says otherwise.

The fire broke out just before 2:00 a.m. in the Bahia, Puesta Del Sol area of Caye Caulker. Felipe told the fire department that he lit a mosquito coil and fell asleep and when he awoke the fire had already started.

Station Supervisor for the BNFS Kenneth Mortis confirmed that the fire started from one of the three structures in the yard under which Felipe, a homeless man, was allowed to sleep by the property owner because the structure is elevated. Mortis stressed that preliminary investigations have ruled out electrical fault as a possible cause, as the structure where the fire originated did not have electricity. He also stressed that Felipe’s mosquito coil story does not align with the events that unfolded that night.

“The fire department refutes that claim. We know fully well that a lighted fish coil would not cause a fire in a matter of minutes as he claimed,” Mortis said. “We know what we know. We know our training. We know what to look for. It’s an unfortunate loss because if Mr. Amner is withholding information to conclude this investigation, that the is solely on him.”

The largest structure was valued at $45,000 while the other two structures were valued at $9,000 each. They were not insured. No one was injured in the incident.
—