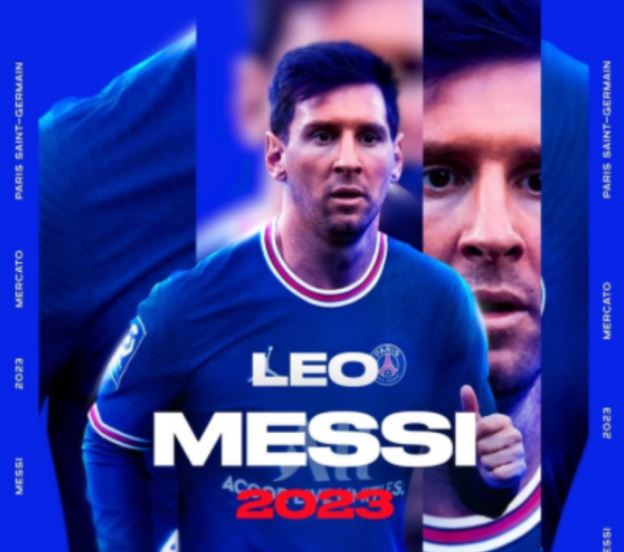 PSG is promoting the Messi signing on social media in a short video entitled “A New Diamond in Paris” in which they say “Mercato Update, Welcome to Paris Leo Messi, New Diamond, Leo Messi 2023”.

At 34, Messi on Tuesday reportedly signed the two-year, $104-million contract to join PSG with an option for a third year.

Messi and his family arrived in Paris from Barcelona in a private jet earlier today. He took and passed his medical exam and then reportedly signed the new deal with PSG which opens the door for him playing alongside Neymar, Kylian Mbappe, Angel di Maria, and one of his fiercest rivals up to last season, Sergio Ramos, who also joined PSG on a free transfer.

According to international media reports, thousands of PSG fans were waiting for him on his arrival in Paris.

Messi reportedly refused to accept Neymar’s offer to wear number 10 and will instead sport the number 30 jersey. That’s the number he used when he first made his debut for Barcelona in 2004.

Messi also wore number 19 during his time at Barcelona which has been the only team he has played for professionally other than the Argentina National Football Team.

PSG announced that they will have a press conference at 2 am Belize time (11 am local time) on Wednesday in Paris where Messi will be presented.