Lionel Messi is in Paris, about to sign for French club Paris Saint-Germain 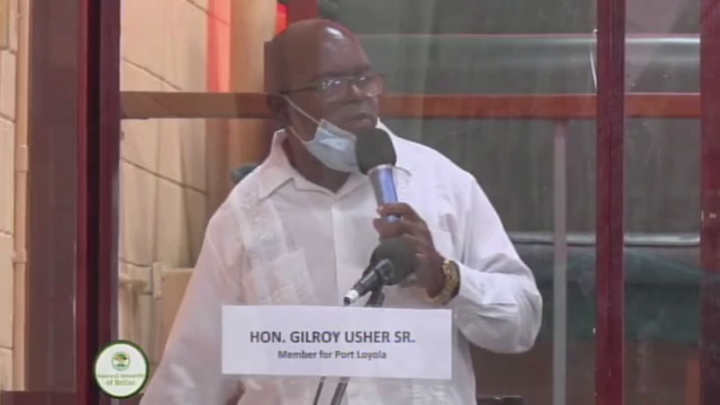 By Aaron Humes: In the wake of Emancipation Day celebrations and the debacle of the decision of Belize Sugar Industries Limited/American Sugar Refining to shift export of raw sugar to Big Creek Port, Deputy Prime Minister Cordel Hyde, the second most powerful man in the country, has said he was basically outvoted.

Port Loyola area representative and Minister of State Gilroy Usher, Sr., concurs – and has gone even further, calling on Afro-Belizean residents of Southside Belize City to unite and rally for policies that will favour them the way other groups have done.

Usher called in from the United States, where we have confirmed he is at present recovering from a medical procedure, to Evan “Mose” Hyde’s Wake Up Belize Morning Vibes Show on KREM Radio on Monday. Hyde is also president of the Christian Workers’ Union (CWU), which represents the stevedores and is in negotiation with the Port of Belize Limited on further benefits for them.

Not only it is Usher’s position that “every effort should have been made to enable ASR to continue shipping their sugar from the Port of Belize, instead of taking it down to Big Creek,” he believes that a decision to move the bulk of sugar from Port of Belize to Big Creek, that wouldn’t have been taken lightly if we had force, if we had backative with numbers… A lot of people in Port Loyola will be affected by it, but again that just underscore the need for us to support each other as a black community.”

To “Mose” Hyde’s sentiment that a loss of earnings occasioned by the move would result in a further breakdown of society especially in Port Loyola, Usher cited the authorities’ plans to build one-bedroom houses as short-sighted, denying among other things the dignity of residents, and hypocritical in subjecting others to conditions one would not want themselves to live in.

Usher says he also sees the manual labour jobs for road maintenance going to residents in Cayo, but that when he asks the same about Belize City, he was told “we’ll think about it.”

Usher repeated similar sentiments in a call to LOVE FM this morning, and writing for the Reporter newspaper on Emancipation Day he further cited a lack of representation in Cabinet (15 percent) and issues related to land and gang violence. (For the record, all six area representatives on Southside, including the Opposition’s Shyne Barrow, Patrick Faber and Tracey Taegar-Panton, claim black ancestry.)