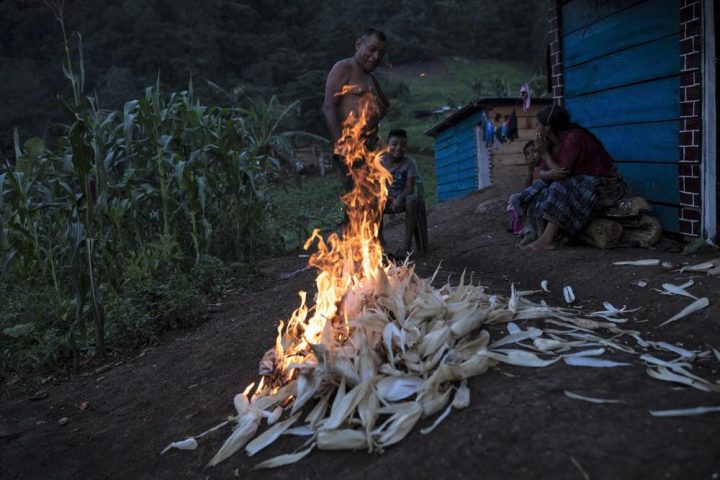 By Rubén Morales Iglesias: Hurricane Eta which affected Guatemala and Belize with lots of rain and floods also provoked mudslides in some areas of Guatemala.

The Associated Press published a story about the plight of the people of a village called Queja which was buried by mudslide and who now live under dire conditions in a new settlement of approximately 1,000 people called Nuevo Queja. AP said the story is part of a series called After The Deluge, which is being written with support from the Pulitzer Center on Crisis Reporting.

It tells the story of 26-year-old Victor Cal, who is attempting to migrate illegally to the United States.

For starters, Cal asked a cousin who lives in the United States, for assistance to pay a coyote US $13,000, in the hopes of being able to earn enough to repay his cousin and send money home to his family.

The AP story said that 59 people were buried alive in the village of Queja when it was hit, without any warning, by a mudslide after 25 days of torrential rains produced by Hurricane Eta. The thousand who survived set up shop nearby on a third of their farmland but do not have basic amenities like electricity. The government will not help them, says AP, because it declared the settlement unsafe and unlivable. So, the people are on their own. Their farmland has been severely depleted and they have nowhere to go, says the AP report. If they stay, many will die, so their only other option is to migrate to the United States because Guatemala City does not offer much for them particularly with the effects of the pandemic.

Some say that only if the government resettles them to better land will they prosper, but they don’t see that forthcoming, so their only option is to head north. Already 11 men have done so, and now, Cal is following even though his mother didn’t want him to go.

And since they don’t have electricity, Cal had to go to another village to charge his phone before making the trek north.

The article weaves in the case of a young lady who died because of a tumor she had in her leg after her mother refused amputation because they didn’t see headway if they agreed to the operation.

Help has arrived from USAID, UNICEF, and the European Union and from churches, but it’s not nearly enough and not always what they need.

Before the storm, they had better houses and utilities such that a settler recounts that cement houses, refrigerators, laptop, sound system and cable TV all disappeared in seconds.

“I had a laptop, a sound system and cable TV,” said Erwin Cal. All gone.

All the more reason why Cal was set on going through the back to the United States despite knowing that US authorities have detained more than 150,000 of his compatriots at the US border in 2021, a number that is four times greater than in 2020.