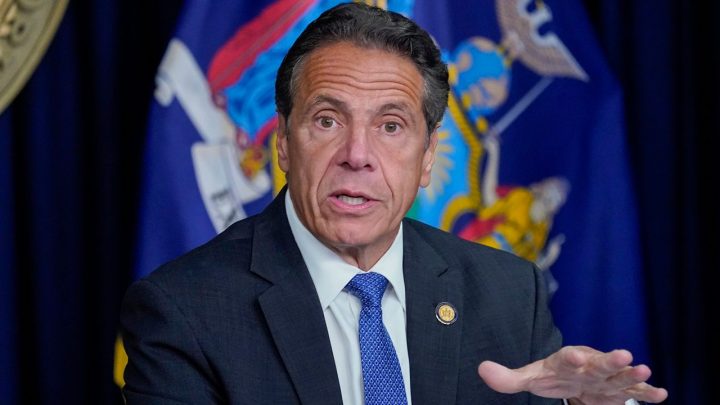 By Aaron Humes: Andrew Cuomo, 63, Governor of New York State, says he will stand down on August 24 despite denying he harassed multiple women sexually, the BBC reports.

In a televised address, Cuomo said he wanted to help by stepping aside for his lieutenant Kathy Hochul, after previously resisting calls by fellow Democratic Party grandees including President Joe Biden.

An independent investigation by the state Attorney General found claims by 11 women of harassment, whether verbal or physical including sexual comments, inappropriate touching, and kissing. He faced both an impeachment in the state legislature and criminal investigations.

Cuomo nonetheless apologized, stating he “didn’t realize the extent to which the line has been redrawn.” He also complained that the claims have hurt his relationship with his three daughters.

Cuomo had been praised for his handling of the COVID-19 pandemic and mentioned as having presidential aspirations. But he now faces a separate federal inquiry into whether his office deliberately undercounted the number of COVID deaths in state care homes.

The state will choose a new Governor in 2022.