Eder Hall shot down in Corozal while buying food

Jasmine Hartin’s attorney says she is the real victim 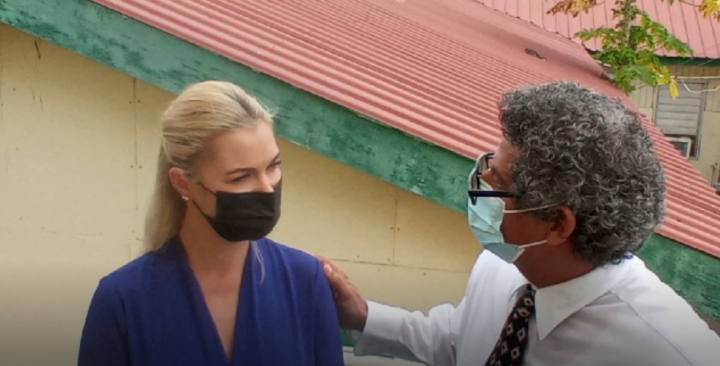 By BBN Staff: Richard “Dickie” Bradley, the attorney representing Canadian national Jasmine Hartin in several court matters, says that Hartin is the real victim in the unfortunate series of events that has landed her with multiple charges.

Following her adjournment in the San Pedro Magistrate’s Court this morning, Bradley said that Hartin was a “victim of the system”, having been required to report to the court in a jurisdiction she currently does not reside in at the moment, on multiple dates for multiple charges.

Those matters include a common assault charge with respect to an employee of the Grand Colony complex, a charge of manslaughter by negligence with respect to the shooting death of Superintendent of Police Henry Jemmott, and a drug possession charge for what Bradley says is an insignificant amount of “so-called drugs.”

“Then, having failed to get her Supreme Court bail revoked…what they have done now is openly come forward to take away her two children so that matter continues in the family court on Friday. She’s the first person in the history of Belize who has to come to court on Wednesday, Thursday, and Friday,” Bradley said.

Bradley also notes that his client is currently the victim of a smear campaign, in which employees of her common-law husband, Andrew Ashcroft have been making numerous allegations against her. He stressed that the powers behind the conspiracy against Hartin have also released several videos of her which also have a sinister purpose.

“They are trying to destroy her image in the eyes of the public and hopefully it taints any matter that she will have in court,” Bradley added.

Hartin will return to court on October 5 with respect to the drug possession, manslaughter, and common assault charges.