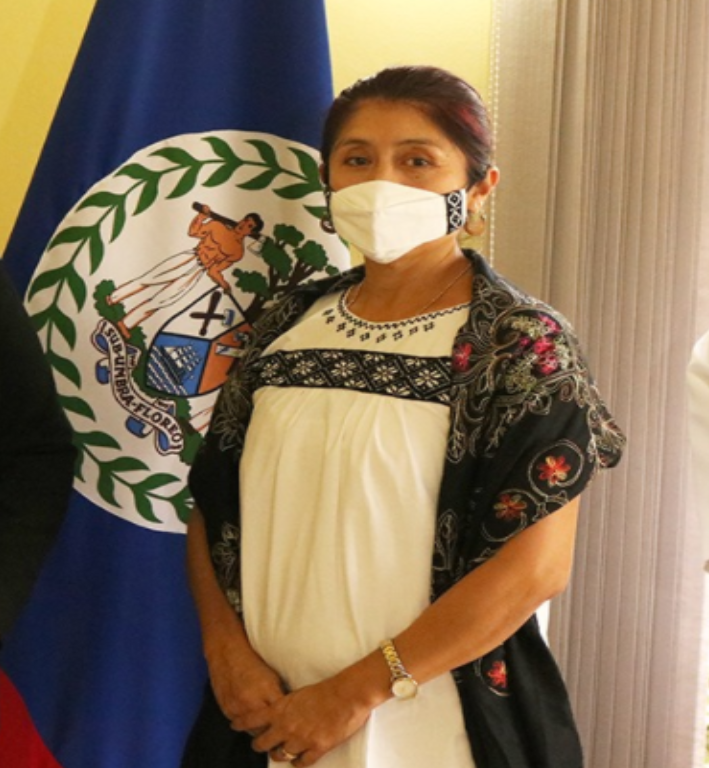 The Governor-General was addressing the Permanent Council of the Organization of American States (OAS) which had a Special Meeting to commemorate the International Day of the World’s Indigenous Peoples and the fourth Inter-American Week for Indigenous Peoples under the theme “Leaving no one behind: Indigenous peoples and the call for a new social contract in the Americas” said a press release by the Government of Belize Press Office (GBPO).

The Governor-General said indigenous people face constant challenges in their attempts to protect indigenous knowledge, similar to the long fight to secure the legal recognition and protection of communal ownership of land and resources said the GBPO statement.

Governor-General Tzalam also said the indigenous peoples of the world have a constant need for resources to bridge the gap between practice and policy, pointing out that they need specific support to enable meaningful engagement.

She noted with concern that the OAS General Assembly adopted the American Declaration on the Rights of Indigenous Peoples only after almost two decades of negotiations. The GBPO press release said that Governor-General Tzalam “urged the OAS to do more to promote those rights, particularly in the crisis-filled environment in which it can be easy to further marginalize indigenous people.”

The GBPO said that in support of the Governor-General, Belize’s Permanent Representative to the OAS Lynn Young called for a new social contract in the Americas.