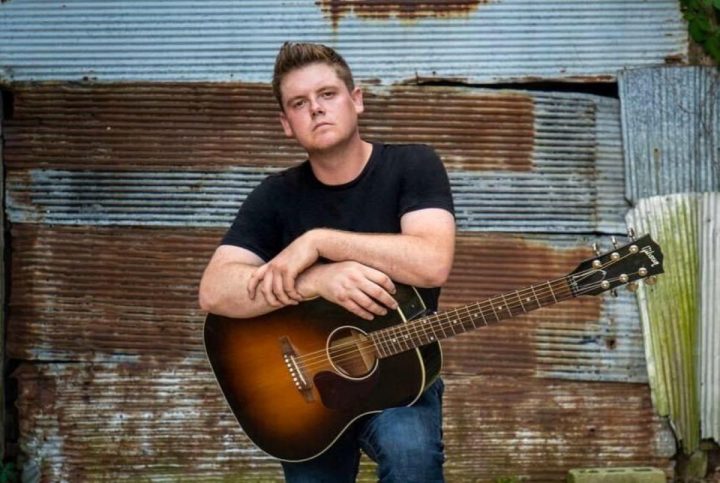 By Benjamin Flowers: Fans of American rap music will know that Belize is either mentioned or referenced a few times by some legends in the business, such as the Notorious B.I.G. and Jadakiss, but now, a Country and Western star who has fallen in love with Belize has decided to pay homage to the inspiration he found here while visiting.

Nashville Tenessee sensation Dustin Collins, known for several billboard chart appearances, including the number one single “Cold dead hands,” in an exclusive interview with Breaking Belize News said that the song “It always starts with you” off his upcoming project, was largely inspired by a trip that he had taken to Belize.

Collins, known primarily for his southern US-style of C&W, but also known to mix in elements of other genres such as rock and roll or R&B, is working on his third album, which will be his first full-length project containing over ten songs. Collins originally came to Belize to perform at the request of partner David Long and Nubia Ramirez from RCCbpo and said that Belize was one of the most beautiful places he had ever experienced.

“I’d just met so many good people that first time around that I knew that I had to come back. I had gone home and wrote a song just about the feeling that I had…” Collins said. “We actually came down to Caye Caulker and shot a whole bunch of footage for a music video that we’re eventually gonna put out.”

He stressed that beyond writing a song, learning the lifestyle of the people of Belize inspired him to work harder and to do more good deeds for others without expecting anything in return. Speaking on his upcoming record, which has suffered some production delays due to the COVID-19 pandemic; Collins said that he has fun, drinking songs on there, but also delves deeper into matters such as relationships, heartbreak, working life, and the nuances of growing up in a small town.

“I think the things we’re saying on this record is going to be able to connect with not only people in the US but also in places like Belize. Even Belize City, as big a city as it is…everybody knows each other, there’s a strong family aspect to Belize, and I think that’s what I love about it. It’s like no matter where you go in the whole country; it has a small-town feel to it,” Collins added.

Production for the album, which has a working title, should be completed by the end of the year, with a targeted release in March 2022 to coincide with some of the larger music festivals being held in the US around that time. Collins said that he intends to release several singles off the album and is eagerly awaiting the release of the video for “It always starts with you.”

After COVID regulations are relaxed and things begin to normalize, an entertainment company called DCDL, which is owned by Dustin Collins and David Long from RCCbpo, intends to host a music festival in Belize that will feature Collins along with other acts from the US, Belize and regionally. A portion of the proceeds will go back into the Belize music scene to help support local artists. “There is a lot of talent in Belize, and we look forward to helping in any way we can.”