UB classes will continue being online 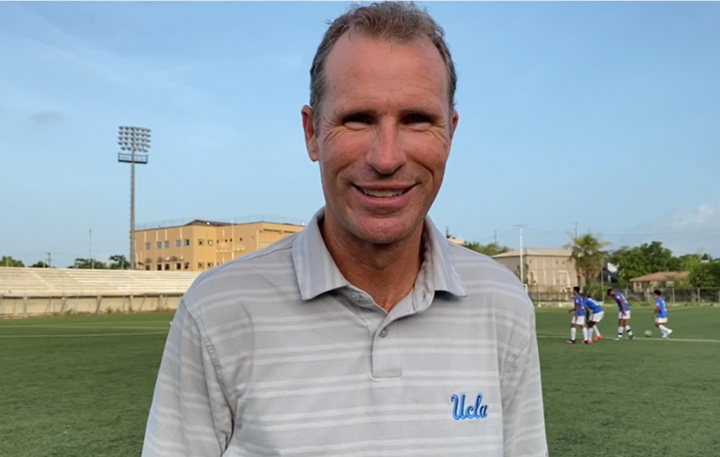 “Coach Jorden was pleased with the performance of our national youth male players,” Marin said.

Coach Jorden saw over 100 players who were called to training sessions from July 29-31 at the FFB Headquarters in Belmopan.

“At this moment, coach Ryan is interested in ten (10) male players. They will have to have a cumulative GPA of 3.0 or higher to get into UCLA. If they do not have the GPA, he will recommend them to other universities. He is hoping to get at least two in January 2022.”

Marin said the players will have to submit their academic transcripts, player profiles, and video clips as soon as possible.

Marin also said that Jorden couldn’t see the female players in training because it’s against the UCLA regulations, but he spoke with the members of the U-17 and U-20 Women’s National Teams.

Marin added that the UCLA Women’s Football coach will watch the Belize National U20 Women’s Team in Curacao in September when the team plays in the Concacaf tournament there.

The coaches will take care of their own flights and accommodations said Marin.

“We’re looking for individual athletic qualities. Certainly, players abilities to have good tactical insight and then, you know, clearly players that have good technical quality to execute the decision making in the game,” Jorden said.

“Whether it’s an event in Southern California or it’s somewhere overseas, obviously we’re looking to see if we can see the combination of those qualities in players so that we can make evaluations of what their potential is, what their current standing is, and where that could potentially take them.”