COMPOL: Charges for everyone on the party boat at Princess Pier

Father and son injured by shooting in home invasion

Commissioner of Police: Officers at Margarita Bar were not in the wrong 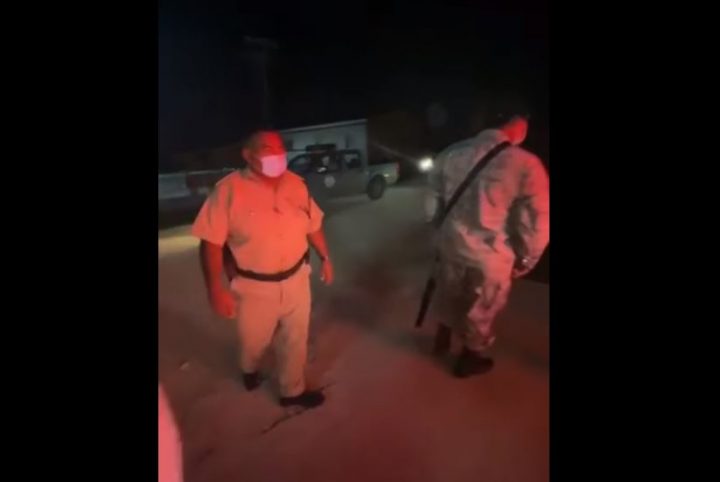 By BBN Staff: Last night, at Margarita’s Bar in Belize City, patrons got into an altercation with police who had come to shut down the establishment over COVID-19 regulations.

During the incident, one of the patrons got rowdy with police and was pepper-sprayed with the entire incident being live-streamed on Facebook. Addressing the incident today, Police Commissioner Chester Williams said that the officer’s response under the circumstances was not wrong.

Williams stressed that police are in the field doing their best to mitigate the spread of the COVID-19 virus through the enforcement of quarantine regulations.

Williams also pointed out that, based on the video footage he saw, he does not believe that using the pepper spray was the first resort for the officer in his attempt to deescalate the confrontation, pointing out that officers on the scene told the young woman on the live stream that she could record as long as she was wearing a mask.

He did say that the matter will be investigated by the professional standards branch despite his assessment of the situation, to see if the officer may have committed any infraction in the commission of his duties.

We will be following up on this story.