Point and Counter-Point: The PSE gone – The end of a colonial legacy of pain 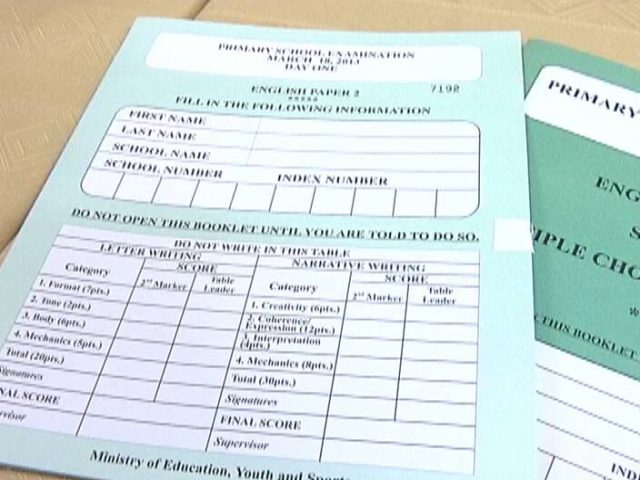 Ву Dоrіаn А. Ваrrоw, Рh.D., Flоrіdа Ѕtаtе Unіvеrѕіtу: For me, the Hon. Francis Fonseca, last week did the boldest thing any education minister has ever done in the history of education in the country. He decided to scrap the Primary School Examination (PSE). As an educator and an education researcher on schooling in Belize, I have been an avid advocate for this decision for at least 15 years. I came to my position after talking to students and feeling the pain and disappointment that many of them went through while preparing for this high-stakes examination. It is therefore a welcome decision for me, and I support Minister Fonseca’s courage and decision fully.

Here are some of my reflections on this matter after I began having this conversation with our primary school students over the years and began to listen to them and hearing them. They have been crying in silence for years.

Despite the fact the secondary school entrance examinations highlight inequality and failures, and has been recognized as an ineffective educational tool by experts, Belize up until Monday August 9th 2021 was still implementing such a high-stakes exam as the PSE. In Standard six (Grade 8), when most students turn 12 years of age the PSE exam was given to certify them as primary school leavers and was supposed to partially determine which student attend which secondary school. Students were tested in English, Math, Science and Social Studies. While 98.9% of the 12-13 year-olds sat the exam each year, only about 50% pass it.

Though there had been small statistically insignificant gains in the overall pass rate over the last eighteen years, there was a dramatic dip (approximately 11%) in the overall pass rate in 2011. My research thesis has always been that students were in the best position to account for these trends in performance, and therefore one of the benefits of speaking directly to them was to note some of the underlying factors that students had identified that are contributing to the trends in performance so as to better inform the reform efforts aimed at improving the education system.

One of my early studies into this phenomenon had shown that most students viewed the PSE as a rite of passage, that is, an encapsulated ritual which they had to undergo that was pregnant with pain and personal sacrifices, and questioned whether the pain and the sacrifices are worth it.

Darrel: Preparing for PSE was really hard. I really had to push myself to the limit. What was most painful about the experience was that all the things I really loved doing I couldn’t do.

Richard: Preparing for PSE, I had to make a lot of sacrifices, a lot! Evening classes, Saturday classes, go home and do homework, going to bed after midnight. On the weekend I had to give-up playing ball. Instead of staying out with friends, I had to stay inside and read a book, write a story or study something. You had to prepare yourself like eating correct. You can’t eat junk food; you have to eat brain food, like vitamins etc.

Karmalita: Then after all of this personal sacrifice you get the results, 89.75%. You are shy of the 90% and the top 10% in the country ranking by 0.25 percentage points. I cried for days. Nothing that my parents, teachers and friends told me could ease the pain. I was devastated! I asked myself: was it worth it?

J. Alexander Bennett, one of the architects of this form of assessment in Belize, claimed that the original purpose of the examination in Belize was: “to measure the academic achievement of primary school pupils upon their completion of the eight years of primary schooling”. Over this period, 1944-1978, the examination serving this purpose was called the Primary School Leaving Certificate Examination (PSLCE), and comprised three papers in English, Math and General Knowledge. The reporting was pass/fail. Because of the reporting, standards achieved by students were not known. This led to changes in the structure and reporting on the exam in 1979. Students were now being examined in English, Mathematics, Social Studies and Science and the reporting was done via a student subject profile using norm referencing (A = top 10%; B = next 20%; C = next 40%; D = next 20% and E = last 10%).

Except for a name change in 1983 from Primary Education Certificate Examination (PECE) to the Belize National Selection Examination (BNSE) and the Ministry of Education (MOE) mandating this exam to be the sole exam by which it will certify primary school leavers, determine scholarship winners and by which secondary school entrance eligibility was to be partially determined, this PECE structure and reporting format remained in tack until 2000 when the exam was change to a criterion reference exam. With this new configuration the raw scores by subject constituted the student profiles. This was accompanied by another name change to the Primary School Examination (PSE).

Throughout this period, students’ authentic views of the exam and of their experiences in preparing for it, had never been sought in any systematic scholarly manner, which may have contributed to a naïve perception of the tenable impacts of this colonial legacy on the national consciousness and on the country’s education reform agenda over the past four decades. This is not to say that the views of some key stakeholders, including students, had not been sought. Typically, after the results of the exam were released by the MOE, the local media, which is the main source through which information about the exam is communicated to the national and international communities, in responding to the MOE’s examination results release statement, would seek out principals, teachers, and students from the high performing primary schools, and even MOE officials, to interview them to support the news story on the occasion of the release of the exam results that they would cover as a news item for the evening news. However, annual doses of data presentation and analyses of the PSE results that the ministry dishes out to the Belizean and the international publics, may have succeeded in propagating somewhat of a paralysis in these public officials to participate in any meaningful national discourse to correct this problem.

The fact of the matter is that the secondary school entrance examination, which had its origins in the Anglophone Caribbean in the 1940s following the 1944 Butler Education Act in Britain, has not only undergone several shortsighted transformations over the past six decades including changes in nomenclature, structure, function, and in how students’ results were reported, but for all intents and purposes had ignored how students had perceived this colonial legacy. Nor did we seriously take note of the criticism of it over its 32 years of dominance as a key feature of the British education system, that has taken several forms.

Known from its early years as the Eleven Plus (11+) in England, it was an examination administered to some students in their last year of primary education, governing admission to various types of secondary school. The name was derived from the age group for secondary entry: 11-12 years. The Eleven Plus examination was once used throughout the UK but is now only used in a number of counties and boroughs in England and Northern Ireland and was associated with the Tripartite System which was in use from 1944 to 1976. The prevailing educational thought at the time was that testing was an effective way to discover to which strand a child was most suited. The results of the exam would be used to match a child’s secondary school to their abilities and future career needs.

As a legacy of British colonialism, the secondary school entrance examination as an ineffective educational tool, still remains a postcolonial reality in many developing countries within the Anglophone Caribbean highlighting inequality and failures, pain and personal sacrifices, and, as Goodwin suggest, continues to have the god-like power “to emancipate or colonize” the Caribbean student by its invasive influence on both primary and secondary education curricula. With the school curriculum now defined not simply as subject matter content and instructional/assessment procedures, but as a tool of acculturation and a depository of national and cultural values, the PSE now only typically persist where, as Payne & Barker pointed out, “there are still insufficient secondary places for all those completing primary school”; however, its curricula context has been shown to exemplify the role curriculum plays in defining, silencing, and/or marginalizing students by the existence of a status hierarchy among secondary schools, especially where there is a mad race for a place in one of the higher-achieving post-primary institutions.

The real challenge that Belize faces, is not what for some appears to be trying to restore the old colonial balance, but universal secondary education, that is, a guaranteed space in a quality high school for every standard six student to transition to on completion of eight years of primary schooling. By ridding us of the PSE Minister Fonseca has moved the country much closer in achieving that. And with moves afoot, I am told, like amalgamating the three struggling South-Side Belize City High Schools (Maude Williams, Excelsior and Sadie Vernon High) into one mega-high performing secondary school under a competent leader like former CEO Deborah Domingo, where students can transition to high school from primary school without the PSE labelling them as failures, would be a natural complement to getting rid of that colonial legacy called the PSE. In so doing we will become a lot more sensitive to our demographic history, for, as Evan X Hyde warned us almost four decades ago, if these demographic trends of emigration of Afros and immigration of Latinos continues, then Belize, including Belize City, would be less Afro-Caribbean and more of a Central American nation within the next generation. Minister Fonseca seem to have realize that inflicting more pain on students by having them continue taking the PSE won’t reverse this fact. Our new reality calls for universal secondary education and until that materializes, however, the pain that the majority of our 12-year-olds experience each year at the end of Standard VI, will not cease.

Do feel free to challenge any or all of the issues raised about in this piece and let’s get this discussion on education reforms in the country going.