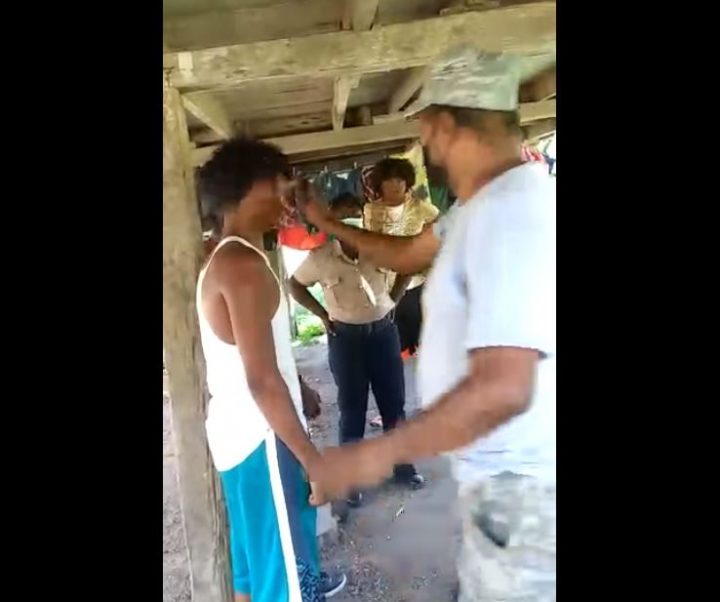 By BBN Staff: Over the weekend, a video surfaced of a police officer identified as Police Constable David Griffith pepper-spraying two young men from the Cayo district who were already handcuffed together. Today Commissioner of Police, Chester Williams condemned the act, stating that it was unjustifiable.

“As a department, we are disgusted at what we saw. His behavior is not what we stand for not what we are about and it is not going to be countenanced by us,” Williams said. “There is no way you can justify peppers spraying two young men who are handcuffed.”

Williams said that Griffith was already on interdiction for almost 10 years over a previous incident in which someone died, but was brought back as he was still collecting a salary for doing nothing.

Commander of the Professional Standards Branch, Sr. Superintendent of Police, Calbert Flowers said that Griffith will be internally disciplined by the department and that medico-legal forms have been issued to the victims which will determine what kind of criminal charges will be laid.

One of the victims is still currently hospitalized and is reportedly having problems with his vision due to the effects of being pepper-sprayed at close range.