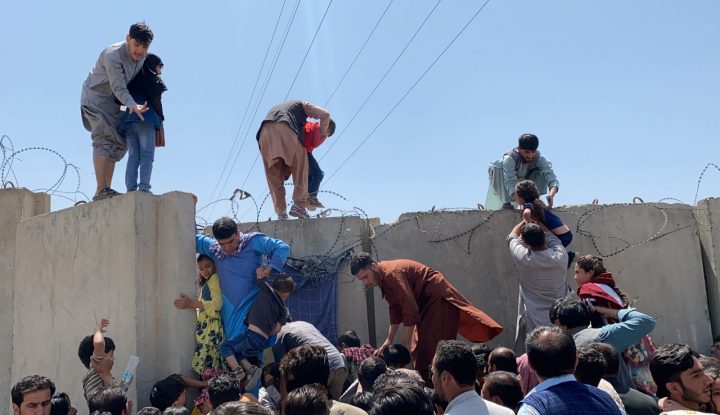 By Rubén Morales Iglesias: Two weeks before the United States completes its withdrawal, Taliban forces have taken over Afghanistan said the Associated Press.

As the Taliban entered the capital Kabul, President Ashraf Ghani left the country on Sunday saying he wanted to avoid more bloodshed.

The Taliban, who ran the country from 1996 to 2001, are considered to be traditional and conservative Islamics. They lost power in 2001 when the United States invaded the country to hunt down Osama bin Laden and al-Qaida who organized the 9/11 attacks on the Twin Towers in New York.

Many Afghans are fleeing the country fearing the Taliban will again impose an oppressive government that will rule according to Islamic Law which limits women’s rights leaving them confined to their homes saying they cannot go to school nor work. Under Islamic Law thieves have their hands cut off, adulterers are stoned, and music is banned.

Many have gone to the International Airport in Kabul in the hopes of getting out of the country. The airport is controlled by the US forces that reportedly reached an agreement with the Taliban under President Donald Trump that they were pulling out and would not attack Taliban forces.

The US president Joe Biden has been criticized for going ahead with the pulling out the US troops.

As soon as the US announced the country was pulling its troops by the end of August, the Taliban started an insurgence taking over city after city until they arrived at Kabul yesterday.

The US is evacuating American citizens and Afghans who collaborated with them while they were stationed there since 2001.

Though the Taliban have taken over they have stated that they will not seek vengeance against other groups in the country, but people say they don’t trust them.

They said they will institute an Islamic government that is inclusive of other factions. To prove it, they said they are holding negotiations with senior politicians, including leaders of the former government.

The Taliban said they will again change the name of the country to the Islamic Emirate of Afghanistan.

Meanwhile, American forces are said that they fear the Taliban will allow a terrorist group like al-Qaida to be reborn in the country.