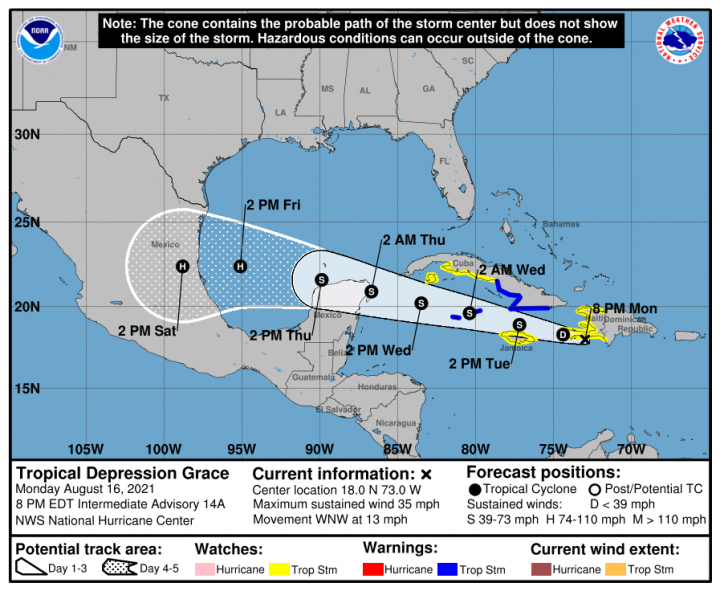 At 6pm on Monday, August 16, Tropical Depression Grace had sustained winds of 35 miles per hour, was located at 18.0 North and 73.0 West, and was moving west-northwest at 13 miles per hour.

The National Meteorological Service of Belize said at 6pm on Monday that “in the extended forecast, a slight increase in moisture is expected over mainly southern areas as TD Grace makes its way just north of the country. As TD Grace moves north of the area and over the Yucatan Peninsula, a further increase in moisture and instability is expected late Thursday into Friday”.

“Tropical storm conditions are possible over portions of Hispaniola this evening and tonight, and over Jamaica on Tuesday,” said the NHC adding that these conditions are also expected over the southern coast of Cuba on Tuesday and then moving west to the Cayman Islands “and possibly other portions of the southern coast of Cuba Tuesday evening through Wednesday morning”.

The NHC said that by Wednesday night and Thursday should be affected by winds, rain, and storm surge.