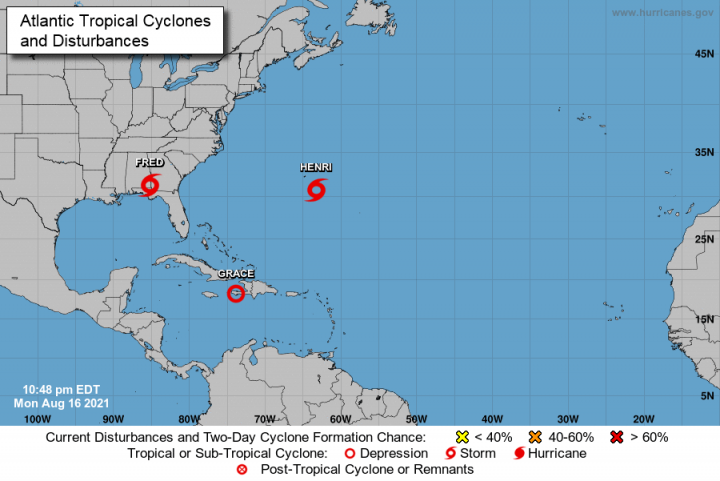 At 6pm on Monday, August 16, Tropical Storm Fred had sustained winds of 50 miles per hour, was located at 30.6 North and 85.2 West, and was moving west-northwest at 10 miles per hour.

The NHC said in its 9pm advisory that “through Tuesday, heavy rainfall may lead to considerable flash, urban, and small stream, and isolated river flooding impacts across portions of the Florida Panhandle, southeastern Alabama, and from western Georgia into the southern Appalachians”.

At 6pm on Monday, August 16, Tropical Storm Henri was located over 100 miles southeast of Bermuda. Henri had sustained winds of 40 miles per hour, was located at 30.9 North and 63.0 West, and was moving south-southwest at 5 miles per hour.

Also, at 6pm, Tropical Depression Grace was located near the Tiburon Peninsula of Haiti and was moving in the direction of northern Yucatan.