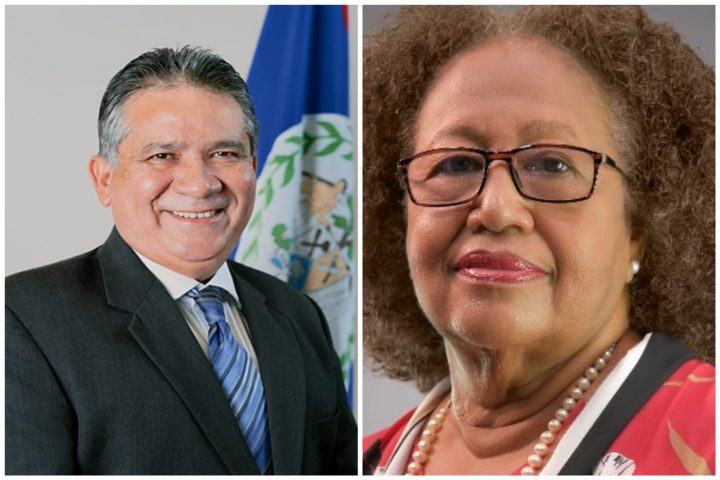 First, it issued a warning over the departure (described as “abrupt firing”) of Central Bank Governor Manuel Vasquez, that if it is as Vasquez charged that he faced “stiff opposition from the Ministry of Finance and special financial and economic sector interests” in trying to restore integrity and operational autonomy to the Central Bank and that he refused to compromise his integrity and that of the monetary regulator, we should all be worried and outraged.

It contends that the current administration is “proving to be the complete antithesis of all it promised in its manifesto,” and that promises of good governance “was just a romantic catchphrase to capture the confidence of Belizean people. The actions of this PUP Administration have been consistently reckless and devoid of any semblance of ethics and integrity.”

The UDP further warns that the Government’s actions “weaken the autonomy of independent institutions to serve political special interests rather than the interests of the Belizean people… create instability which will erode investor confidence and make Belize unattractive to foreign and local investors,” and threaten “economic hemorrhaging the likes of that we saw in the 98-08 PUP Administration that oversaw the worst ever moral and financial bankruptcy in Belize.”

Prime Minister and Minister of Finance, John Briceño, has promised to name a replacement shortly.

A good choice may have been now-Secretary-General of the Caribbean Community (CARICOM), Dr. Carla Barnett, who has been an official of the Caribbean Development Bank (CDB), Financial Secretary to former Prime Minister Said Musa, a Senator and Minister of State of Finance.

But as she is already taken, her former comrades in the UDP have extended their congratulations and well wishes. “As the first-ever woman and Belizean to be CARICOM Secretary-General we treasure this historic moment for gender equality and Belizean regional representation. We are all confident Dr. Barnett will serve the region with distinction,” the party’s statement said.