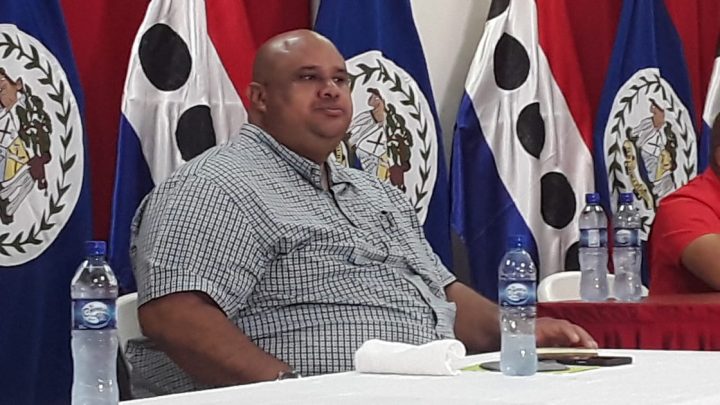 By Aaron Humes: UDP Chairman and former Attorney General Michael Peyrefitte says there is much to be found out about why Gustavo Manuel Vasquez was abruptly dropped as Governor of the Central Bank.

Peyrefitte said little was known about Vasquez on his selection and people were willing to give him a chance.

But according to the Central Bank Act, the Governor General has the power to terminate a contract for reasons of becoming a member of the National Assembly, a leading officer of a bank, or been convicted of a crime, become a bankrupt or otherwise.

No termination or resignation letter has been put forward, Peyrefitte noted, and that creates instability at the one institution that must be the epitome of stability.

He quoted the email allegedly sent by Vasquez on Friday afternoon, in which he confirmed he was terminated by the Governor General “on the instructions of the Ministry of Finance.” This is after, Vasquez alleged, he tried to negotiate with Government to buy out the remainder of his contract.

Vasquez, appointed in April, appears to insist in the email quoted by Peyrefitte that he leaves with his head high as he had tried to maintain the autonomy of the Bank against the “stiff opposition” of parts of the Minister of Finance and certain private sector interests. Peyrefitte demanded to know who these people might be.

And Vasquez is alleged to have said that he will take all steps, capitalized, to defend his personal integrity and reputation and that of the Bank.

The removal of the Governor of the Central Bank is not like a Cabinet appointment and there has to be public accounting, Peyrefitte concluded, or else people will lose faith in the financial system.