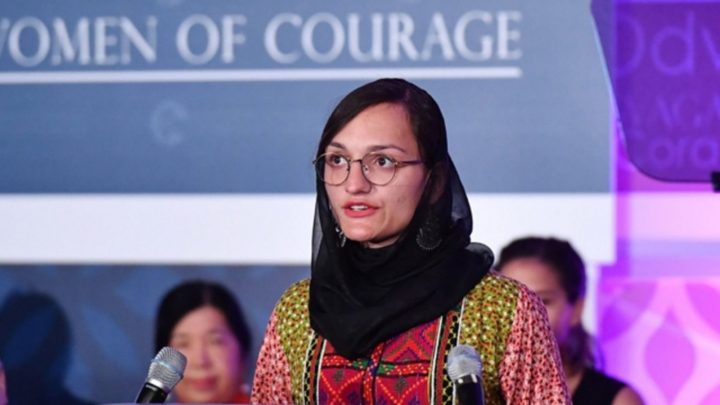 By Rubén Morales Iglesias: As the Taliban forces took over Afghanistan on Sunday, a young woman mayor said she is waiting at home with her family for the Islamic militants to get there and kill her.

Twenty-seven-year-old Zarifa Ghafari is one of the youngest mayors in Afghanistan and has already had three attempts on her life, according to British newspaper i.

“I’m sitting here waiting for them to come. There is no one to help me or my family. I’m just sitting with them and my husband. And they will come for people like me and kill me,” Ghafari said to the British newspaper.

“I can’t leave my family. And anyway, where would I go?”

The British newspaper said that after that, Ghafari was no longer able to talk.

Ghafari became the mayor of Maidan Shar in the province of Wardak in 2018. She was not only one of the youngest mayors in Aghanistan but also one of the few women mayors.

The British newspaper i said the Taliban had “frequently vowed to kill the articulate, politically influential female critic”.

But though the Taliban had failed to kill her, her father General Abdul Wasi Ghafari was killed on November 15, 2020, twenty days after the third attempt on her life.

Despite that, just three weeks ago, Ghafari had told i that she thought there was hope.

“Younger people are aware of what’s happening. They have social media. They communicate. I think they will continue fighting for progress and our rights. I think there is a future for this country,” she said.

As the United States confirmed that their troops would be leaving at the end of August, after being there for 20 years, the Taliban, who had ruled from 1996 to 2001 and had been kicked out of power by the US troops, embarked on a lightning-fast takeover of the country which they completed with their arrival at the capital Kabul on Sunday.

President Ashraf Ghani and other high-profile leaders fled the country, but people like Ghafari were left behind to fend for themselves.

Though Taliban’s chief spokesman Zabihullah Mujahid promised on Sunday that women and opponents would be protected and offered an “amnesty” to people who worked with the Afghan government or foreign forces, people are fearful.

“No one’s life, property and dignity will be harmed and the lives of the citizens of Kabul will not be at risk,” Mujahid said.

But at the same time, according to NBC News, he said that Taliban fighters would “be on standby on all entrances of Kabul until a peaceful and satisfactory transfer of power is agreed”.

The British newspaper said that revenge killings are occurring in areas of the country seized by the Taliban.

“We were thinking that Kabul wouldn’t collapse to the Taliban,” Farzana Kochai, an Afghan Member of Parliament told i.

Kochai said tens of thousands of families, who had sought refuge in Kabul as the Taliban were taking over, now had nowhere to go but the streets and parks.

The Islamic Taliban were considered an oppressive government when they ruled Afghanistan according to Islamic Law which limits women’s rights leaving them confined to their homes saying they cannot go to school nor work.