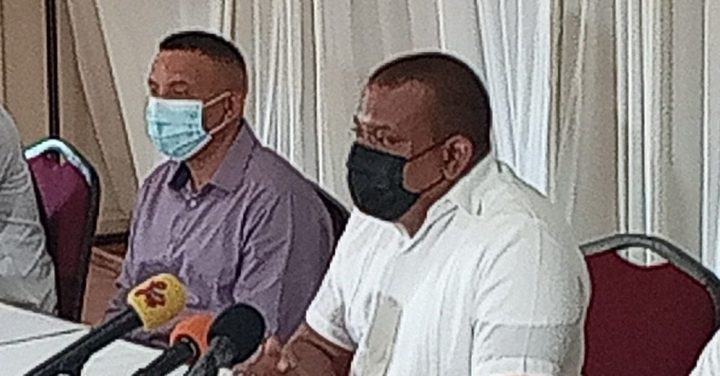 By Aaron Humes: At his last press briefing two weeks ago, United Democratic Party Leader Patrick Faber stood beside Mayor of San Ignacio/Santa Elena, Earl Trapp, as the latter vowed to fight to maintain the job statuses of as many as 25 workers allegedly targeted by the People’s United Party majority in the municipality.

Trapp, the party’s sole elected Mayor, blamed his Twin Towns municipal colleagues for openly suggesting that they wanted to install their own party supporters in the posts, even as the Council is in the black and not in any financial crisis.

Today we asked for an update from Faber, who said he would seek one from Trapp in an internal party meeting later this week.

But he said he has not heard of any firings yet: “In my view, no news is good news. That means that those people at the San Ignacio/Santa Elena Town Council still have their jobs, and that means to me that Mayor Earl Trapp is doing what he said he would do – continue to stand strong for those workers.”