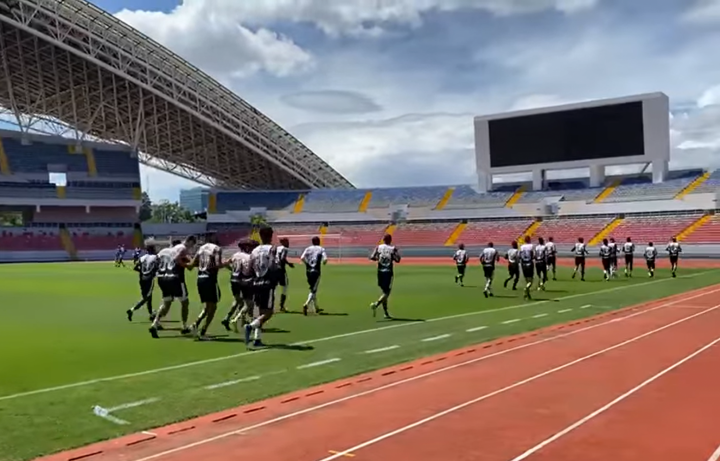 By Rubén Morales Iglesias: Verdes need to win over Santos de Guápiles on Wednesday night in San José, Costa Rica, to avoid being put out of the Scotiabank Concacaf League.

The Costa Rican side only need a draw after edging Verdes 1-0 on Thursday, August 5, Verdes lost 1-0 to Santos at the Isidoro Beaton Stadium in Belmopan.

The championship’s regulations say that if the aggregate score is tied the winning team will be the team that has more away goals. If none of the two teams has more away goals, as in the case of Verdes winning by 1-0, the winner will be decided by penalty kicks.

So, if Verdes wins by scoring more than one goal, they make it to the next round. That would be like a 2-1 or 3-2, for example.

Santos had more breaks than Verdes in Belmopan in the first leg. Now, at home in Costa Rica, they are depending on Jamaican Javon East or Cuban playmaker Luis Paradela to get them through.

Concacaf.com had some good words for Verdes’ Mexican midfielder Edwin Villeda Bernal referring to him as a vacuum cleaner.

“Verdes certainly had some bright moments in the first leg as well, led by Mexican MF Edwin Villeda Bernal, who registered three shots and was a vacuum cleaner in the middle of the park with five ball recoveries,” said the Concacaf.com.

“Villeda’s countryman, Christian Sanchez, a veteran of top Mexican sides like Santos Laguna and Atlas, will also be one to watch as Verdes will try to become the first team from Belize to win a SCL series,” Concacaf.com added.

The Concacaf League match plays on Wednesday night at 6pm at the National Stadium in San José.