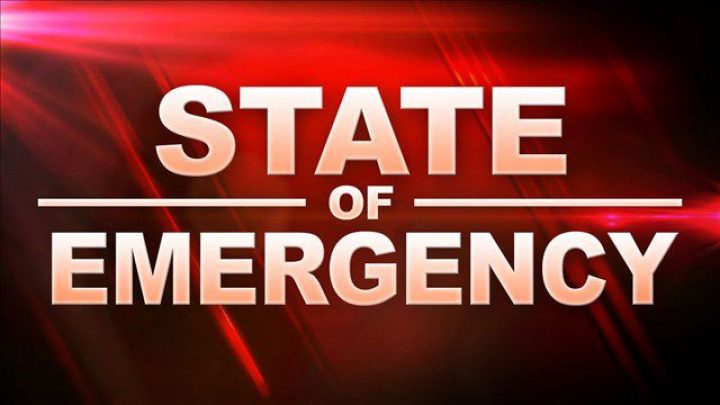 By Aaron Humes: Ten areas, geographically covering most of the Old Capital, are under state of emergency by proclamation of the Governor-General.

In the proclamation issued as Statutory Instrument 89, a copy of which has been made public, Governor-General Tzalam said she was satisfied that a state of emergency existed in the ten delineated areas stated in the schedule.

The accompanying Statutory Instrument 90 (Belize Constitution (Emergency Powers) Regulations, 2021) speaks to a “detention order” in which the Minister may direct someone to be detained and placed in lawful custody.

Starting at around two this morning, Thursday, homes of known gang leaders and members were raided and their occupants detained and sent to Hattieville Central Prison. Those who reportedly tried to flee to Orange Walk, Cayo and Dangriga were for the most part also detained.

Commissioner of Police Chester Williams said ominously earlier this week that some may be underestimating boss Kareem Musa, Minister of Home Affairs and New Growth Industries, and Chief Executive Officer Kevin Arthurs. Both attorneys and close friends, Musa and Arthurs (the latter as chair of the Human Rights Commission of Belize (HRCB)) were not supportive of last year’s periods of emergency made by immediate predecessors Michael Peyrefitte and George Lovell.

Under the S. I., loitering, public drinking and public assembly by more than two persons is prohibited. In addition, minors must be home between 6 p.m. and 6 a.m. for the duration of the state of emergency unless they are accompanied by an adult.

Police have broad powers of search in the areas covered by the emergency order, arrest and detention without a warrant if a person’s behaviour is prejudicial to public safety or has committed, is committing or likely to commit an offence under the Crime Control and Criminal Justice Act. Likewise, persons outside of emergency areas believed to frequent the affected area are also subject to arrest and detention without a warrant. Detention may last for as long as the order is in force or ended before. The regulations also apply to those absconding from the designated areas, who can be declared a person of “special national security interest”. Premises that a police officer believes have been, are being or are intended to be used in a manner prejudicial to public safety or public order can be closed with a copy of a closure order being placed on the premises.

Powers of bail are denied for those under detention order or detention for offences under S.I. 90 and the court is prevented from acting on a writ of habeas corpus, a procedure to determine if the person’s imprisonment or detention is lawful. Anyone who contravenes any of the regulations of S.I. 90 of 2021 shall be liable to imprisonment for one year if found guilty.

The regulations also apply to members of the Belize Defence Force and Coast Guard in order for them to give assistance if necessary.

The state of emergency lasts until September 19.