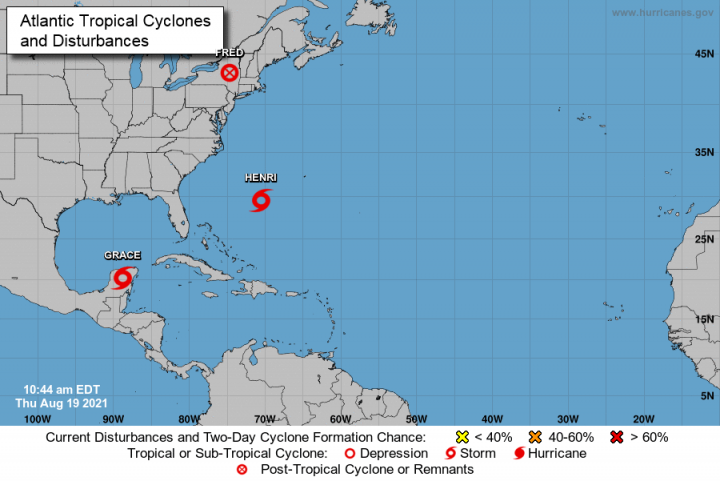 The NHC said that at 9 am on Thursday, Tropical Storm Grace had maximum sustained winds of 65 miles per hour, was located near latitude 20.2 North, longitude 88.8 West, or about 65 miles west of Grand Cayman. Grace was moving to the west-northwest at 18 miles per hour.

The NHC said in its 9 am advisory that “tropical storm conditions will continue today across the Yucatan Peninsula”.

Hurricane conditions and a dangerous storm surge could affect eastern mainland Mexico by late Friday once Grace crosses the Gulf of Mexico. A hurricane warning has been issued from Puerto Veracruz northward to Cabo Rojo.

Meanwhile, the NHC expects heavy rainfall over the central and northern parts of the Yucatan Peninsula and the state of Veracruz which could lead to flash and urban flooding. Grace could also cause mudslides in Veracruz.

Here in Belize, the National Meteorological Service of Belize (NMSB) said we might have more rain and has put into effect an alert for the possibility of flooding in low-lying areas.

A small craft warning is also in effect for large and dangerous waves. Small craft should remain in harbor said the NMSB.

The NHC said tropical cyclone formation is not expected during the next 5 days.