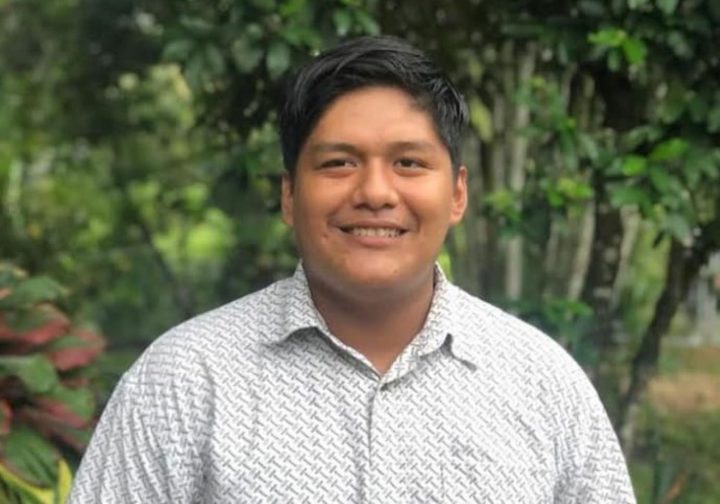 By Rubén Morales Iglesias: The United States Embassy said on Thursday that it had chosen Nelvin Requena as the Public Affairs Alumni Spotlight for August.

“Nelvin is an alumni of the U.S. State Department’s Youth Ambassadors Program, a BioChem major, and an entrepreneur,” said the US Embassy in a statement.

“Nelvin grew up on his family’s farm in the Toledo District, where he developed a great appreciation for agriculture. It was in high school that he was nominated by his teacher to participate in the 2017 Youth Ambassadors Program.”

The US Embassy said that during his tour, Requena visited US cities where he engaged in interactive exchanges on leadership, the environment, and entrepreneurship.

“He networked with participants from other Central American countries, which he says was an opportunity to be exposed to other cultures and to share with his peers about Belize,” said the Embassy adding that Requena also learned about diplomatic partnerships between countries in Central America.

“Inspired by his experience and knowledge gained from the program, when he returned to Belize, Nelvin started a small beekeeping business in 2018. Today, his business has grown significantly and includes bee byproducts such as pollen, honey, and bee colonies,” noted the US Embassy in its statement.

According to the US Embassy, Requena said beekeeping is a very sustainable and environmentally friendly source of income.

Requena is currently pursuing an Associate’s Degree in BioChemistry at the University of Belize. After that he intends to further his studies and grow his business.

Requena said participating in the Youth Ambassadors Program was the opportunity of a lifetime and added that it has opened many doors for him, concluded the US Embassy.