Tropical Storm Henri might hit Long Island, Connecticut as a hurricane on Sunday 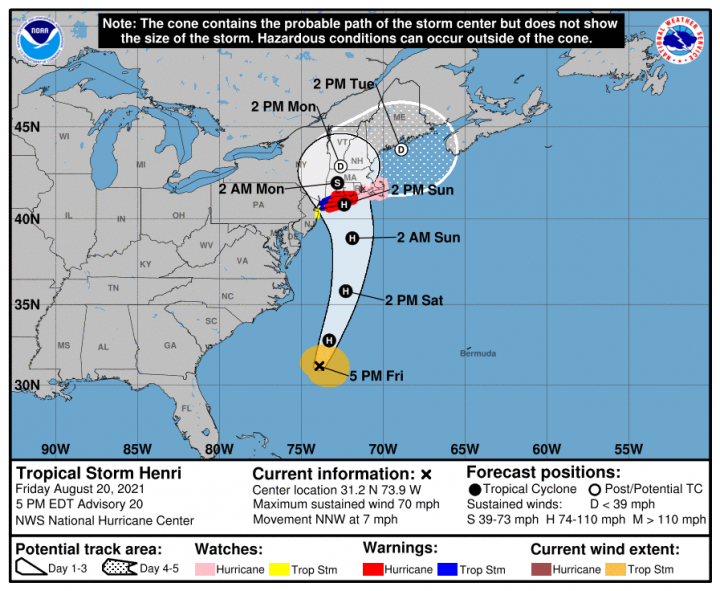 By Rubén Morales Iglesias: The United States National Hurricane Center (NHC) said Tropical Storm Henri will be affecting much of the east coast of the United States through the weekend and hit Long Island and Connecticut as a hurricane by Sunday. Hurricane conditions might also affect parts of Rhode Island and southeastern Massachusetts.

The NHC said that at 3pm on Friday, Tropical Storm Henri had maximum sustained winds of 70 miles per hour, was located near latitude 31.2 North, longitude 73.9 West, and was moving to the west-northwest at 7 miles per hour.

The NHC also said “dangerous storm surge inundation is expected to begin Sunday in portions of Long Island and Connecticut, Rhode Island and southeastern Massachusetts, where a Storm Surge Warning has been issued”.

The NHC also said Long Island and New England will experience heavy rainfall that may lead to considerable flash, urban, and small stream flooding and some river flooding Sunday and Monday.