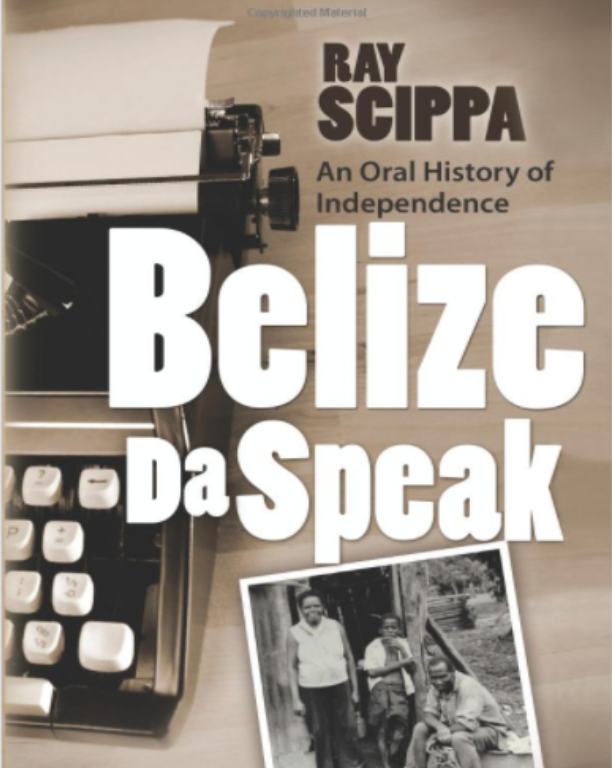 By BBN Staff: Forty years ago, this year, archaeologist and anthropologist, Ray Scippa, coined an idea for a book that would highlight Belize’s transition from colonialism to becoming a sovereign nation. That idea would eventually lead to over 50 interviews, the verbatims from 23 of them would become Belize Da Speak: An Oral History of Independence.

Scippa, who has earned degrees in creative writing and anthropology from San Francisco State University, as well as lived and worked in Guatemala, Belize, Honduras, and Mexico, came to Belize at a pivotal moment in the country’s history.

His interviews included a wide cross-section of Belizeans, including an English teacher, Colville Young, who would later become the country’s Governor General. The wide range of interviewees gives a comprehensive look at the social and cultural climate at the time and contains many themes with are still relevant to Belizean society, even in 2021. Themes such concerns of Guatemalan aggression and the territorial claim, cane farmers coping with sugar price drops, and the search for a national identity that respects the many races and cultures in Belize.

The book also offers a unique snapshot of how Belize has evolved over the years, with some interviews referencing the emergence of television, something that previously had not been in Belize, the effect it was having on the youth, and the concerns that parents were having about those effects.

The book was officially published in 2012, with a copy and original photos from the author being donated to the National Library in Belmopan in 2016.

The book is available in both paperback and digital format for Kindle at Amazon.com.

Scippa, who currently resides in Houston, Texas, serves as director of Publications for ConocoPhillips, the largest independent oil and gas production company in the world.