Who lured David Castillo to his death and why? 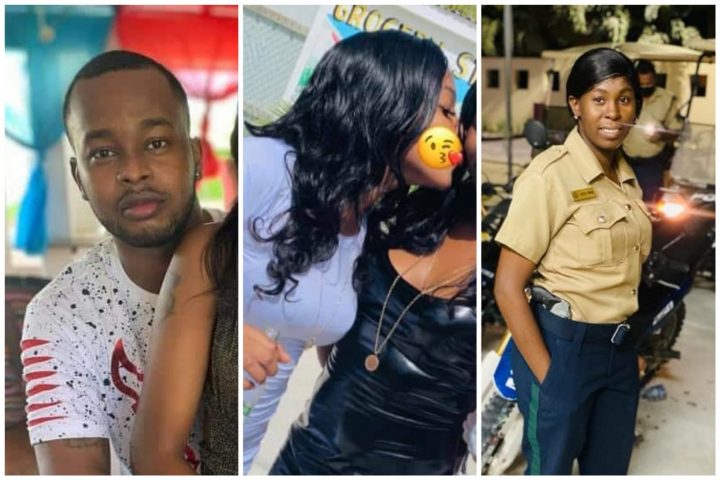 By Aaron Humes: Even the Police Department, in the end, was apparently unable to protect and save one of their own.

37-year-old Police Constable Arilee Young and her daughter, 17-year-old Sharena Cardenas, were found dead in their Fourth Street home Saturday morning, the former on the floor and the latter in a sofa, seated across from the alleged killer, 26-year-old Glenford Perriott.

“What I have gathered, is that our officer may have been suffering from domestic violence and did not reach out to anyone. It is unfortunate, a very sad moment for us, because we are the people that try to deal with domestic violence at the best of our capabilities; at least it starts with us, the Police,” said Assistant Superintendent of Police and Communications Director for the Department, Fitzroy Yearwood.

As to any documented reports of issues between the two, that would necessitate a check with the Department’s Domestic Violence Unit, based at Queen Street.

As to the police response, ASP Yearwood shot down suggestions by the neighbourhood watch that they had called Police around 2 a.m. and members went to the house to check but Police had not joined them. The bodies were found hours later.

“This Neighbourhood Watch needs to be careful. They are putting themselves, saying that they called for the police, so why didn’t they come out for the police when the police responded? One. When something happens, everybody want to create an excuse or want to play a blame game. Our officers responded and I can tell the Neighbourhood Watch that. I am certain of that because I was following the blog. The officers said, no one came out to the police. They were trying to establish where the shots were heard or which location it was heard. If they knew the exact location, why didn’t they call back the police and give an address? Logical. One, they did not alert the police that morning. On the contrary, it was one person that visited that location, looked through a window and called for the police,” ASP Yearwood said, adding that at least three vehicles had responded.

As to the movement of the shooter prior to the incident, ASP Yearwood made the following observations based on the investigation: “We know that, one: he should have been on duty at that time because yes, he’s a security guard, but for some reason he went back home. We do not know if an argument ensued or what took place when he went back home, but yes, the weapon belonged to the company that he worked with. He shouldn’t have been home with that weapon, one. When the firm couldn’t locate him, this is what alerted them. Probably we would have still been going house to house trying to find this location if it was not for their help and that’s why I can refute that statement about the Neighborhood Watch who wants to claim against the police’s action because the security firm really played a big role in alerting us as to where that incident took place.”