Vaccinations now a requirement for employees and patrons of casinos

Three disturbances now developing in the Atlantic, not immediate threat to Belize 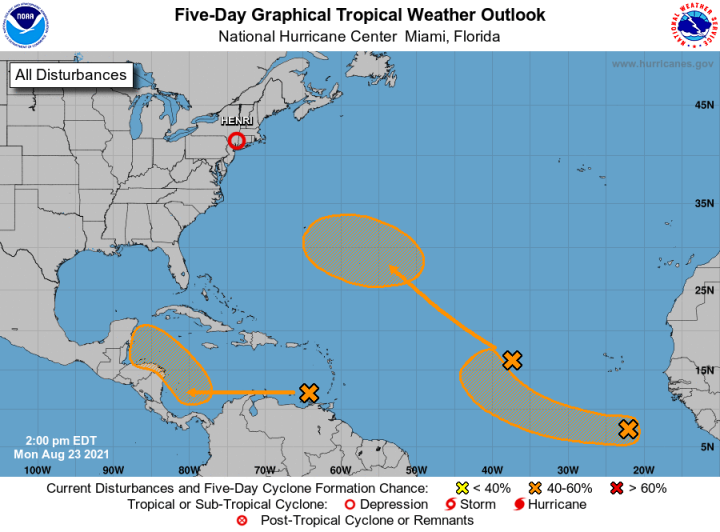 By Rubén Morales Iglesias: The United States National Hurricane Center (NHC) said it is now monitoring three tropical disturbances in the Atlantic. The three have about 40% possibilities of formation during the next five days.

One of the disturbances appears headed to Honduras and could possibly have some effect on Belize if it continues in that direction.

The NHC said that environmental conditions are favorable for the tropical wave to develop within the next few days as it moves in a west-northwestward direction over the northwestern Caribbean Sea.

There are two other disturbances in the Atlantic.

One is a broad low-pressure system over the eastern Atlantic. The system is located more than 700 miles from the Cabo Verdes Islands. It also has possibilities for gradual development said the NHC though not until the end of the week. The system is moving northwestward at 10 to 15 mph over the central Atlantic.

The NHC said the third is “an area of disturbed weather which has developed in association with a low-pressure system located over the far eastern tropical Atlantic”. The system is located more than 500 miles south-southeast of the Cabo Verde Islands and it can develop slowly during the next several days. The system is moving westward to west-northwestward at approximately 15 mph over the eastern tropical Atlantic.