Ministry of Agriculture promotes the cultivation of pitahaya (dragon fruit)

A 5.0 earthquake shakes Honduras, some people feel it in Belize 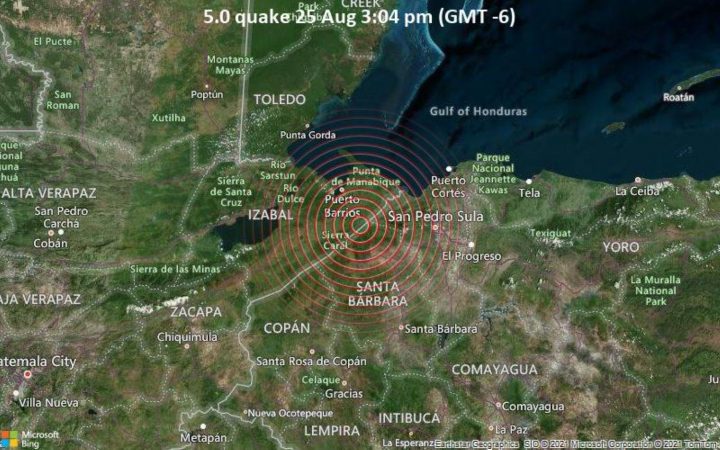 By Rubén Morales Iglesias: A 5.0 earthquake shook Honduras at about 3:04 pm on Wednesday.

Volcano Discovery reports that the tremor hit near San Pedro Sula in the Cortés Departament according to the German Research Centre for Geosciences (GFZ).

The quake reportedly had a shallow depth of 10 km beneath the epicenter near San Pedro Sula.

Volcano Discovery said “shallow earthquakes are felt more strongly than deeper ones as they are closer to the surface”.

A second report was later issued by the European-Mediterranean Seismological Centre (EMSC), confirmed the magnitude at 5.0 earthquake as well.