Active cases closing in on 1,000 with 100 new cases; no deaths reported 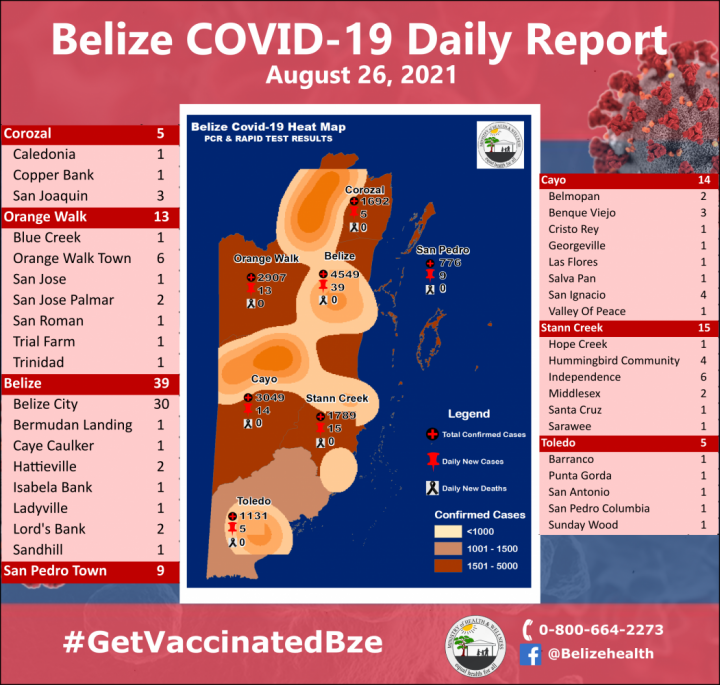 By Aaron Humes: With 30 new cases today, Belize City has seen a reduction in its numbers although it still leads the list of cases reported countrywide.

Elsewhere in the Belize District, there were two cases each in Hattieville and Lords Bank and one each in Bermudian Landing, Caye Caulker, Isabella Bank, Ladyville and Sandhill. There are also nine new cases in San Pedro Town.

Caledonia, Copper Bank and San Joaquin (3) all reported cases in the Corozal District.

In the Cayo District, cases were reported in San Ignacio (four), Benque Viejo (three), Belmopan (four, including Las Flores and Salvapan) and in Cristo Rey, Georgeville and Valley of Peace.

Six new cases were reported in Independence, four in Hummingbird Community, two in Middlesex and one each in Hope Creek, Santa Cruz and Sarawee.