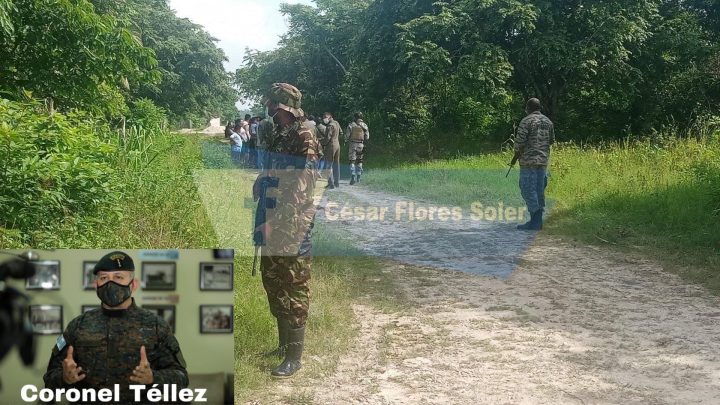 By Rubén Morales Iglesias: A Belizean helicopter that landed by the Belize-Guatemala border was a planned visit by officials of the Ministry of Foreign Affairs says Guatemala Ministry of Defense.

Colonel Ruben Tellez, spokesperson of the Guatemalan Ministry of National Defense reportedly told journalist César Flores Soler that the landing of the helicopter with civil and military authorities was planned.

“In effect, the aircraft landed on the side administered by Belize. It was part of a diplomatic visit of the Foreign Ministry from that country to the region,” Tellez reportedly said.

Flores Soler added that Tellez said that on Monday an aircraft did a reconnaissance fly over the area in preparation for today’s visit.

Earlier on Thursday, Soler had said on Facebook that a BDF helicopter landed in the Suchitán area of Melchor accompanied by civilians and remained in the area for about an hour.

Luis Burgos, Governor of the Department of Petén, Guatemala responded that the Belizean helicopter had landed on Belizean territory despite the reports out of Melchor de Mencos saying the BDF helicopter landed in Guatemalan territory.

“Before you are lied to! About the helicopter that landed near the border with Belize (within Belizean territory) we clarify so that you are not lied to by people who want to create controversy,” wrote Burgos on Facebook attaching a post by Diana Barahona who lives in the area.

Barahona, who said she is a Guatemalan, posted on Facebook that she lives in the area and that the helicopter landed on Belizean soil. She said the soldiers walked along the borderline. She added that Guatemalan soldiers and a patrol vehicle were also present.

Flores Soler wrote that one of the neighbours said the soldiers appeared intimidating.

“That is a lie. What you mean intimidating, gentlemen? Let’s not be like that. Nearly all the Suchitan neighbourhood was here when they landed. They even greeted and very respectfully. They landed in Belizean territory and Guatemalan soldiers were present. I don’t understand why people want to create wars where there isn’t any. I live in front of the borderline and they were never intimidating or anything like that,” Barahona said.

A Belizean posted that the soldiers were in the area of Juda on Belizean territory where Guatemalans are constructing houses.