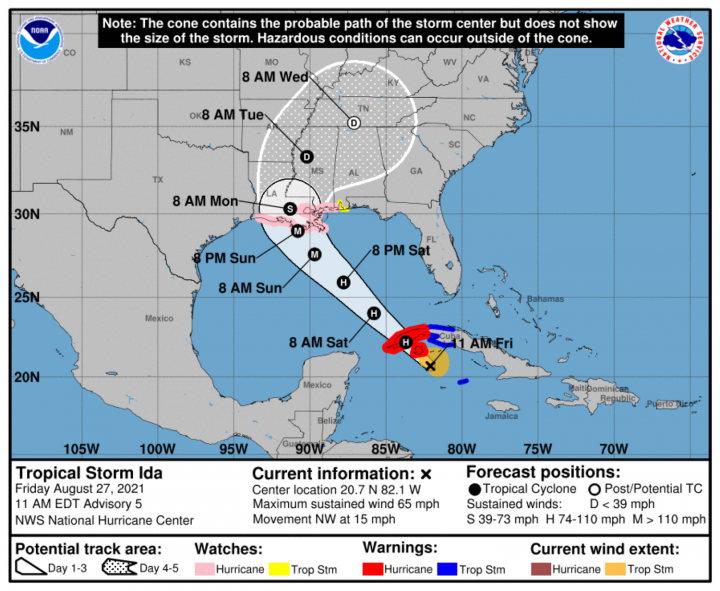 By Rubén Morales Iglesias: Tropical Storm Ida could become a hurricane later today said the United States National Hurricane Center (NHC) which is monitoring two other systems in the Atlantic Ocean as well.

At 9am on Friday, Ida was located in the northwestern Caribbean Sea near the Cayman Islands at 20.7 North and 82.1.  Ida had maximum sustained winds of 65 miles per hour and was moving northwest at 15 miles per hour.

The NHA said that Ida is expected to be a ‘dangerous major hurricane’ by the time it hits the northern Gulf Coast of the United Sates on Sunday as it heads towards Louisiana, but might also affect Mississippi and Alabama.

The NHC said a second system over the central Atlantic approximately 600 miles to the east of Bermuda is producing showers and thunderstorms, is expected to become a tropical depression by the weekend.

The third system is a tropical wave that is located midway between the Cabo Verde Islands and the Lesser Antilles is producing limited showers and thunderstorms. It could become a tropical depression during the by next couple of days. The NHC said the disturbance should move west-northwestward today and then turn northward on Saturday.