BEL plans power interruption in Belmopan on Sunday to do upgrades, maintenance

Defiant Cane Farmers Association denounce MacLachlan, BSI: ‘We are not your subjects!’ 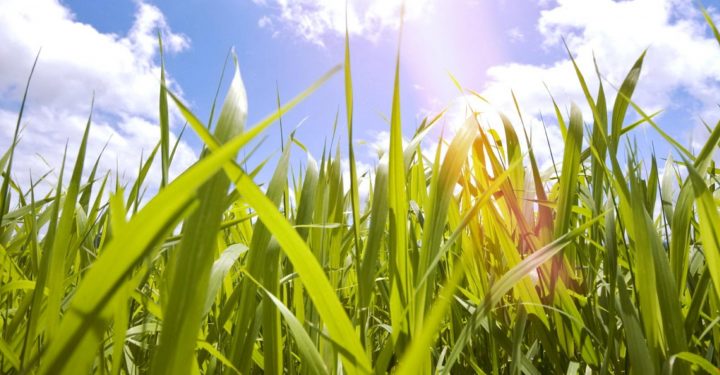 By Aaron Humes: The Belize Sugar Cane Farmers Association (BSCFA) has not taken kindly to what it calls attempts “to intimidate and create uncertainty and insecurity among our members” in an effort to ensure the commercial agreement with American Sugar Refining/Belize Sugar Industries Limited (ASR/BSI) rolls over into the next crop season.

In a statement issued on Friday, the Association directly addresses Mac MacLachlan, Vice President of International Relations, Belize Sugar Industries Limited (BSI), ASR Group, stating, “May we remind Mr. McLachlan that we are not a British colony anymore and that his actions are tantamount to treating us as though we are subjects of BSI rather than business partners.”

This week, MacLachlan issued an open letter to BSCFA members essentially asking them to persuade their leadership into allowing the agreement to roll over and avoid the ‘disruption’ the last attempts at negotiation brought. This, the Association said was ‘blatant disrespect’ to its position as an industry representative, and the statement itself was unfounded even while it accused BSCFA of misleading members.

The commercial agreement expires on January 19, 2022, and provides that either party can notify the other three months before the expiration date that it is terminating the agreement and wants to negotiate a new one.

The BSCFA says MacLachlan’s affirmation that “BSI is not prepared to reopen the key terms of the commercial agreement,” is not the intimidatory tactic BSI believes it to be, and that it is within its rights to make the pitch for a new agreement.

The Association adds that it is mischievous to suggest that BSCFA members are now out of contract and face uncertainty when it comes to delivery of cane and that rather than the Association threatening to disrupt the industry and create turmoil, it is he, MacLachlan, who is doing so and thereby undercutting the financial arrangements of farmers.

The BSCFA closes by saying it is “appalled” by the letter and describes it as “nothing more than a shameless act of immoral coercion,” and calls on Tower Hill to come to the table and hear them out.

We are told that the BSCFA may demand that BSI drop its claim to ownership of the cane upon its arrival at the mill among other points of negotiation. 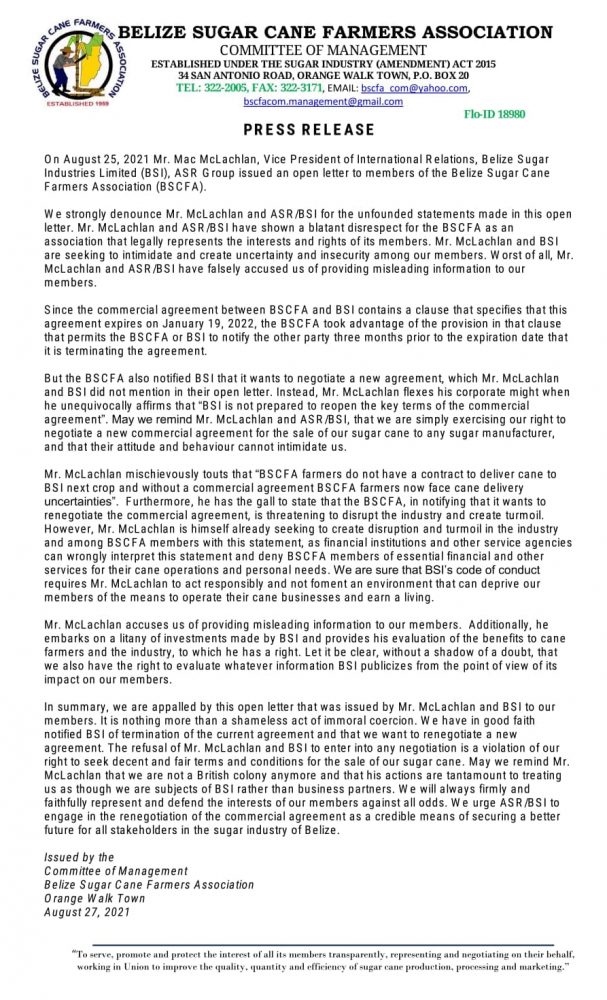