‘BTL must learn to compete,’ says P.M. as Barrow’s words come back to haunt him 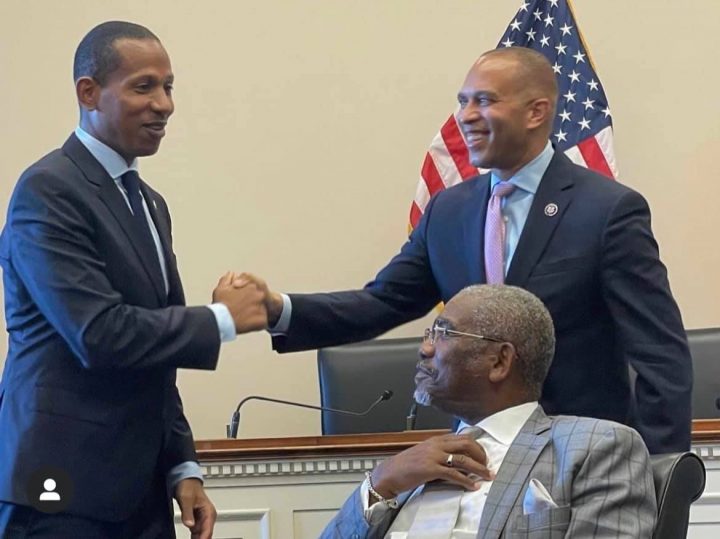 Barrow is on a tour of the United States and has met senators in Georgia, the mayor of Newark City, and other Congressmen in the New York area before Friday’s meeting with Representative Jeffries.

“Great meeting with Congressman Hakeem Jeffries, the Chairman of the U.S. House of Representatives Democratic Caucus,” said Barrow. “We discussed strengthening Democracy throughout the Western Hemisphere in Nations such as Belize.

Barrow said they also talked about the importance of the strategic partnership between Belize and the US.

“We also discussed criminal justice reform and how best to stem the rise in violent crimes in our respective constituencies and states.”

“Congressman Jeffries is an avid fan of Hip Hop Music and hosts the annual Hip Hop on Capitol Hill gala to which he invited me as a guest of honor along with a delegation of Belize Musicians,” Barrow added.

Barro thanked Jeffries for receiving him despite his busy schedule on the US House of Representatives floor voting on the historic John Lewis Voting Rights Act.