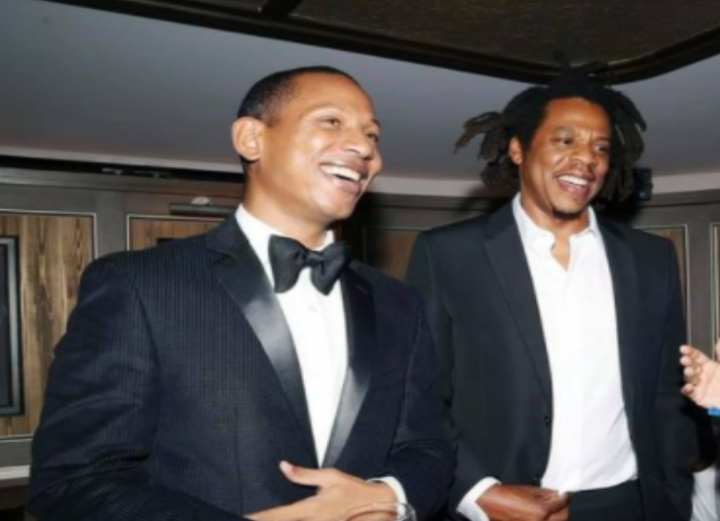 By Aaron Humes: While he’s a politician now, Moses “Shyne” Barrow has not forgotten his days as a successful rap artist.

While in New York City, he met up with rap great Shawn Carter, better known as Jay-Z, who needs little introduction.

In Barrow’s own words on social media, “Jay is one of the greatest Musicians and entrepreneurs ever that I know. A bonafide (sic) American/world icon.”

But as he also notes, “I admire the humanitarian work Jay is doing with criminal justice reform and providing start-up capital to invest in African American entrepreneurs. My determination to do the same for my Belizean people is reinforced. Happy 18th anniversary to Jay’s 40/40 brand. Continued success and excellence brother.”

Barrow has rubbed shoulders with fellow rap industry talents as he wraps up his U.S. tour speaking with prominent politicians in Atlanta, Washington, and New York City, but as he told the New York Daily News and others, “I’m on official duty” as Leader of the Opposition.